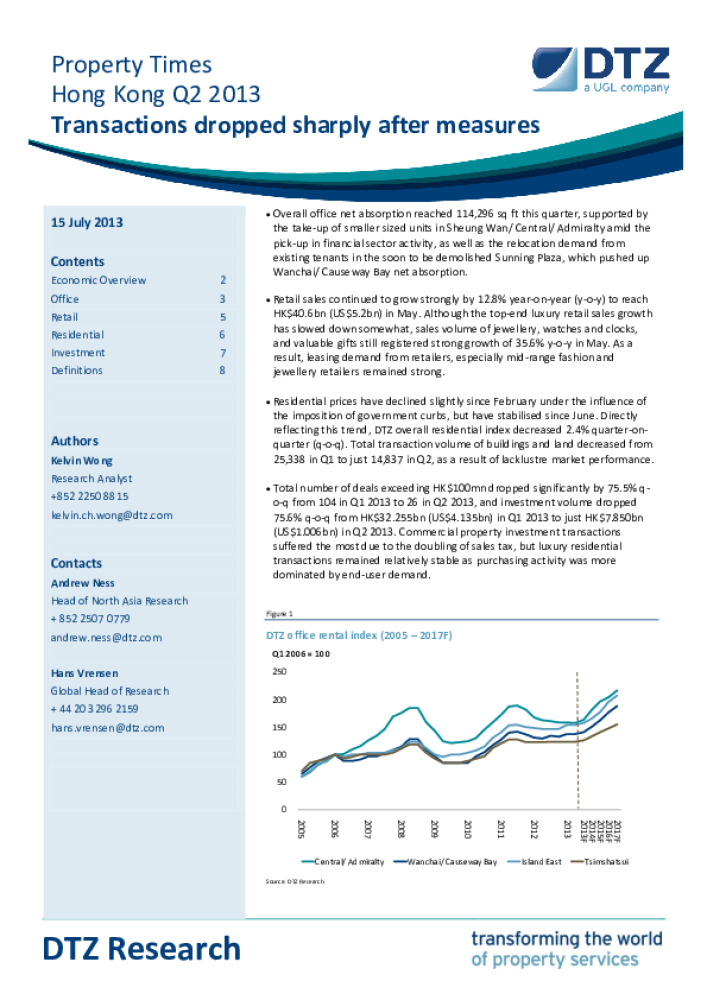 Overall office net absorption reached 114,296 sq ft this quarter, supported by the take-up of smaller sized units in Sheung Wan/ Central/ Admiralty amid the pick-up in financial sector activity, as well as the relocation demand from existing tenants in the soon to be demolished Sunning Plaza, which pushed up Wanchai/ Causeway Bay net absorption.

Retail sales continued to grow strongly by 12.8% year-on-year (y-o-y) to reach HK$40.6bn (US$5.2bn) in May. Although the top-end luxury retail sales growth has slowed down somewhat, sales volume of jewellery, watches and clocks, and valuable gifts still registered strong growth of 35.6% y-o-y in May. As a result, leasing demand from retailers, especially mid-range fashion and jewellery retailers remained strong.

Residential prices have declined slightly since February under the influence of the imposition of government curbs, but have stabilised since June. Directly reflecting this trend, DTZ overall residential index decreased 2.4% quarter-on-quarter (q-o-q). Total transaction volume of buildings and land decreased from 25,338 in Q1 to just 14,837 in Q2, as a result of lacklustre market performance.