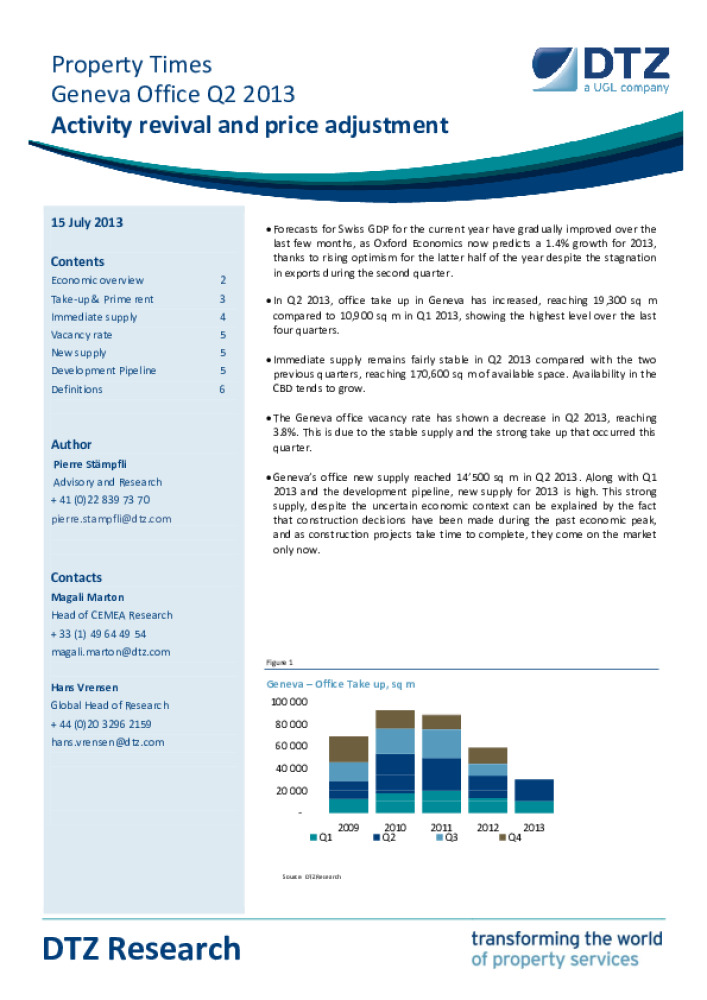 Forecasts for Swiss GDP for the current year have gradually improved over the last few months, as Oxford Economics now predicts a 1.4% growth for 2013, thanks to rising optimism for the latter half of the year despite the stagnation in exports during the second quarter.

The Geneva office vacancy rate has shown a decrease in Q2 2013, reaching 3.8%. This is due to the stable supply and the strong take up that occurred this quarter.

Geneva’s office new supply reached 14’500 sq m in Q2 2013. Along with Q1 2013 and the development pipeline, new supply for 2013 is high. This strong supply, despite the uncertain economic context can be explained by the fact that construction decisions have been made during the past economic peak, and as construction projects take time to complete, they come on the market only now.