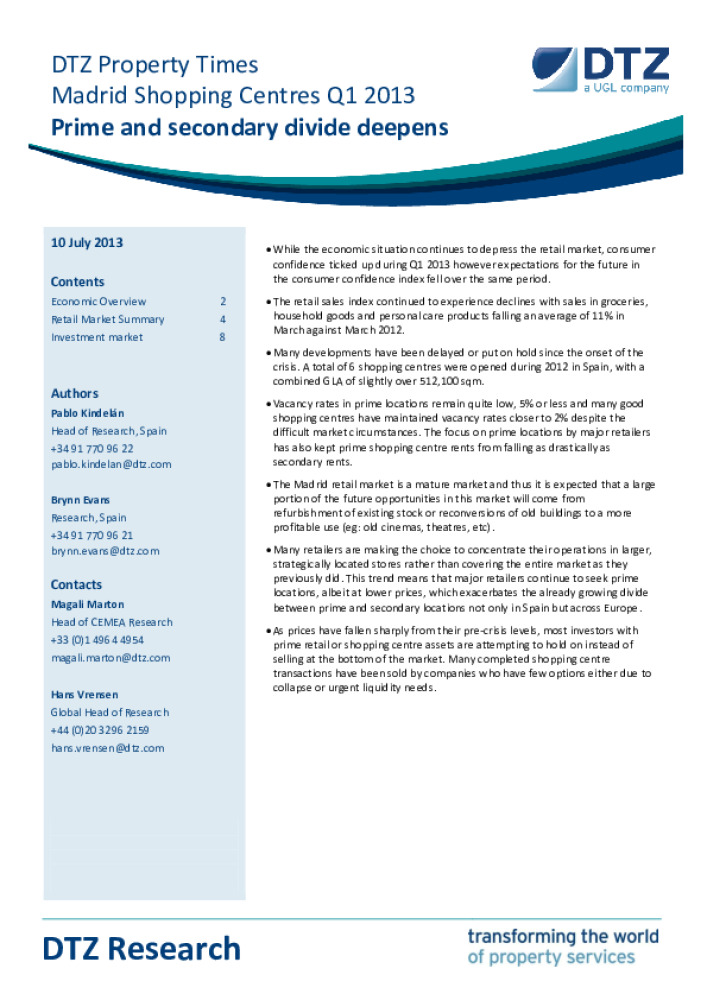 The retail sales index continued to experience declines with sales in groceries, household goods and personal care products falling an average of 11% in March against March 2012.

Many developments have been delayed or put on hold since the onset of the crisis. A total of 6 shopping centres were opened during 2012 in Spain, with a combined GLA of slightly over 512,100 sqm.

The Madrid retail market is a mature market and thus it is expected that a large portion of the future opportunities in this market will come from refurbishment of existing stock or reconversions of old buildings to a more profitable use (eg: old cinemas, theatres, etc).

Many retailers are making the choice to concentrate their operations in larger, strategically located stores rather than covering the entire market as they previously did. This trend means that major retailers continue to seek prime locations, albeit at lower prices, which exacerbates the already growing divide between prime and secondary locations not only in Spain but across Europe.

As prices have fallen sharply from their pre-crisis levels, most investors with prime retail or shopping centre assets are attempting to hold on instead of selling at the bottom of the market. Many completed shopping centre transactions have been sold by companies who have few options either due to collapse or urgent liquidity needs.