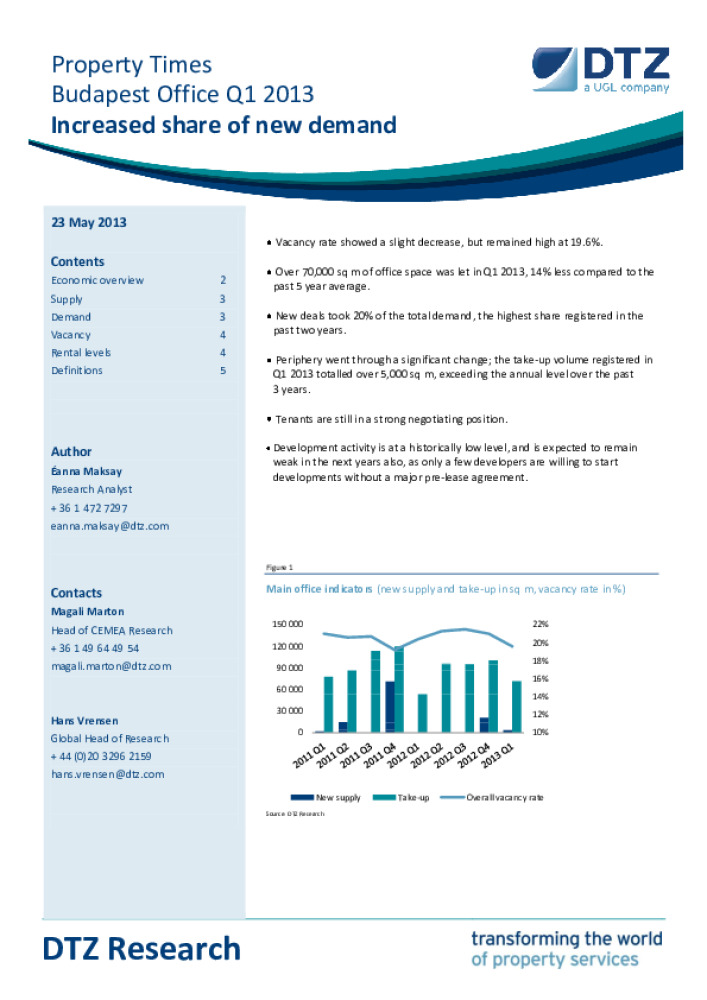 Vacancy rate showed a slight decrease, but remained high at 19.6%.

New deals took 20% of the total demand, the highest share registered in the past two years.

Periphery went through a significant change; the take-up volume registered in Q1 2013 totalled over 5,000 sq m, exceeding the annual level over the past 3 years.

Tenants are still in a strong negotiating position.

Development activity is at a historically low level, and is expected to remain weak in the next years also, as only a few developers are willing to start developments without a major pre-lease agreement.