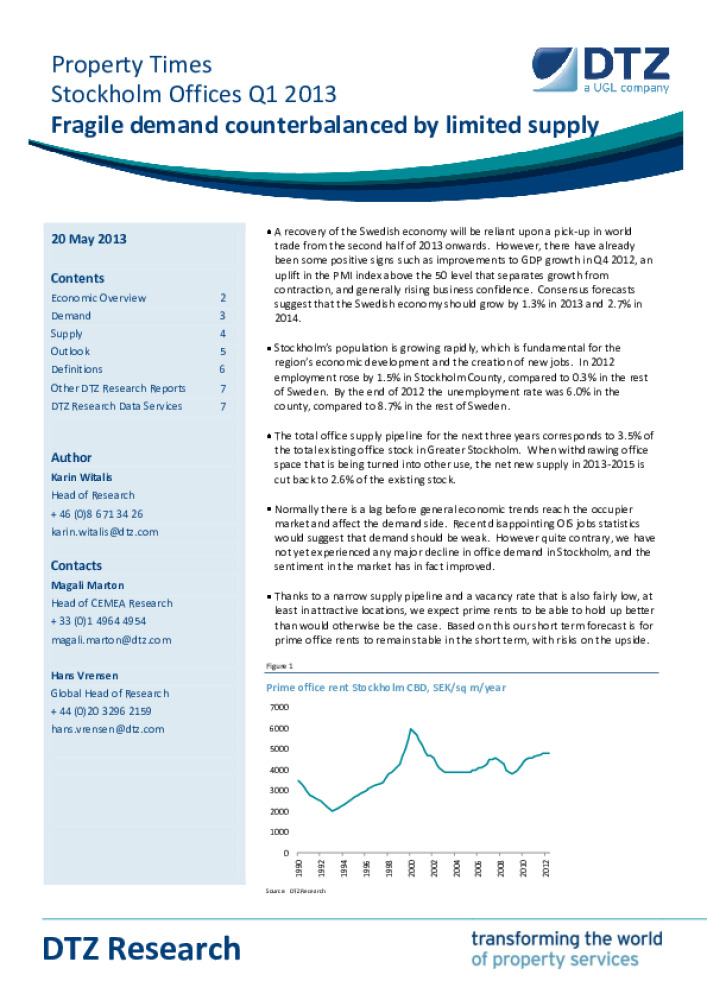 A recovery of the Swedish economy will be reliant upon a pick-up in world trade from the second half of 2013 onwards. However, there have already been some positive signs such as improvements to GDP growth in Q4 2012, an uplift in the PMI index above the 50 level that separates growth from contraction, and generally rising business confidence. Consensus forecasts suggest that the Swedish economy should grow by 1.3% in 2013 and 2.7% in 2014.

The total office supply pipeline for the next three years corresponds to 3.5% of the total existing office stock in Greater Stockholm. When withdrawing office space that is being turned into other use, the net new supply in 2013-2015 is cut back to 2.6% of the existing stock.

Normally there is a lag before general economic trends reach the occupier market and affect the demand side. Recent disappointing OIS jobs statistics would suggest that demand should be weak. However quite contrary, we have not yet experienced any major decline in office demand in Stockholm, and the sentiment in the market has in fact improved.

Thanks to a narrow supply pipeline and a vacancy rate that is also fairly low, at least in attractive locations, we expect prime rents to be able to hold up better than would otherwise be the case. Based on this our short term forecast is for prime office rents to remain stable in the short term, with risks on the upside.