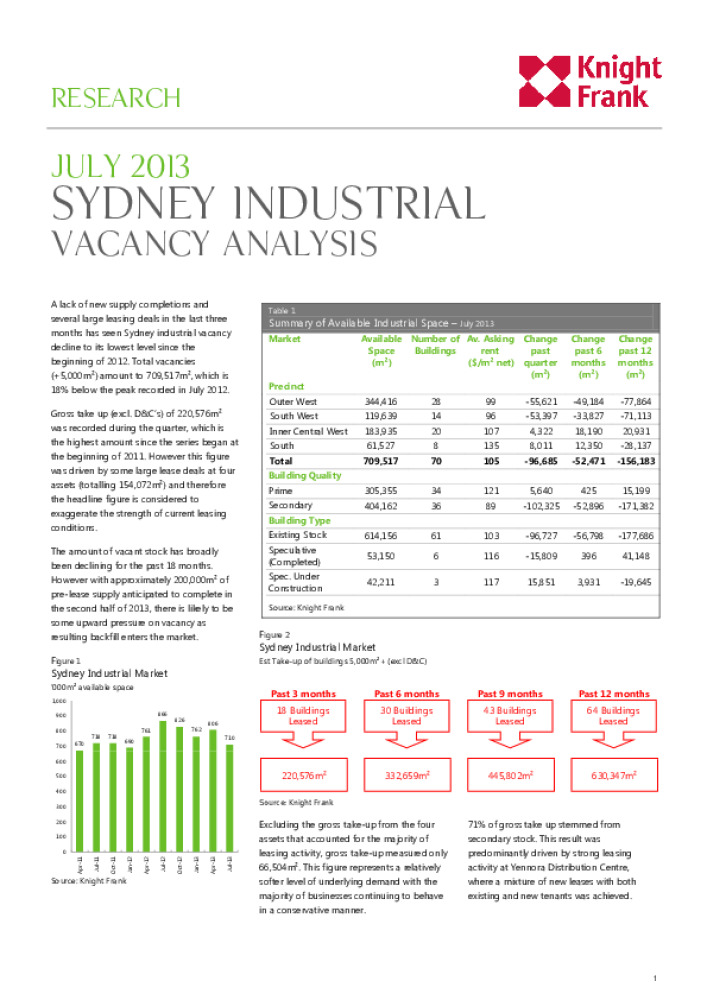 A lack of new supply completions and several large leasing deals in the last three months has seen Sydney industrial vacancy decline to its lowest level since the beginning of 2012. Total vacancies (+5,000m²) amount to 709,517m², which is 18% below the peak recorded in July 2012.

Gross take up (excl. D&C’s) of 220,576m² was recorded during the quarter, which is the highest amount since the series began at the beginning of 2011. However this figure was driven by some large lease deals at four assets (totalling 154,072m²) and therefore the headline figure is considered to exaggerate the strength of current leasing conditions.