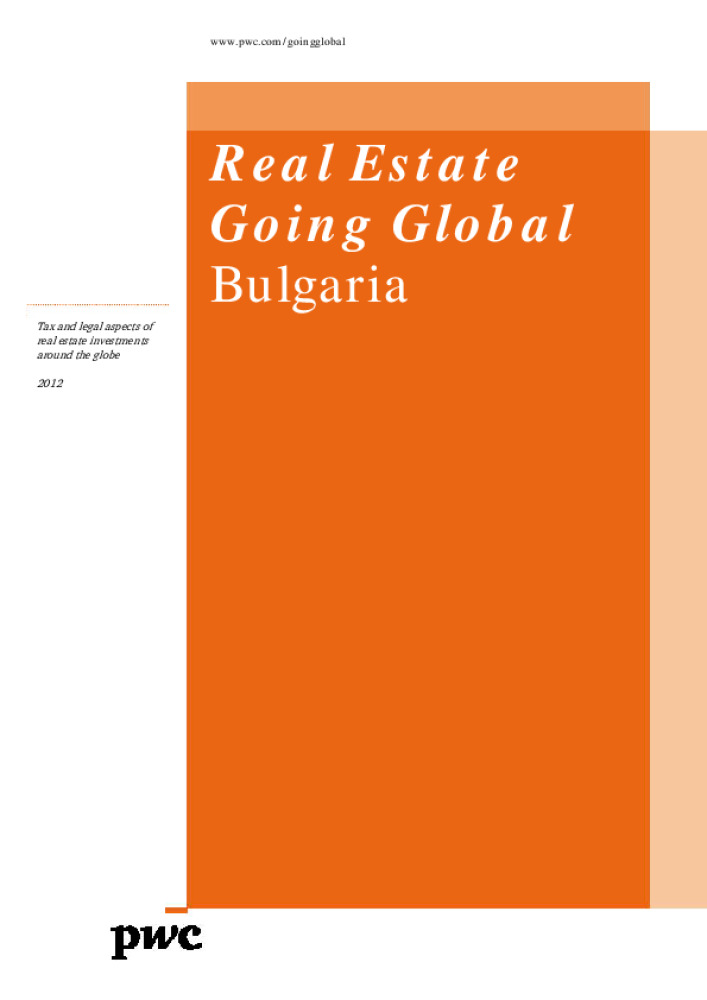 There are no legal restrictions upon foreign companies and individuals acquiring ownership over buildings (or parts thereof) in Bulgaria; they are also allowed to hold limited property rights (such as the right to build, right to use, etc) over land plots.

The legislation is less clear concerning the possibility of foreign individuals or legal entities holding ownership over land plots. After the Treaty for Accession of the Republic of Bulgaria to the European Union (hereinafter referred to as TARBEU) entered into force on 1 January 2007, some important amendments to the internal legislation concerning the legal regime for acquisition of land in Bulgaria by foreign legal persons entered into force. The latter is due to the fact that in the course of pre-accession negotiations Bulgarian State undertook the commitment to adopt and implement in its statutory system the basic principle of acquis communautaire for free movement of capitals. In this respect in 2005 Bulgarian Parliament amended art. 22 of the Constitution (State Gazette No. 18/2005, effective as from the date of entry into force of the Treaty of Accession of the Republic of Bulgaria to the European Union, not applicable to pre-existent international treaties). Para. 1 of the said decree embeds the imperative rule that aliens or non-resident legal entities may acquire a right of ownership over land under the terms arising from the accession of the Republic of Bulgaria to the European Union or by virtue of an international treaty which has been ratified, which has been promulgated, and which has entered into force for the Republic of Bulgaria, as well as through legal succession. Furthermore, art. 22, para. 3 of the Constitution reads that the regime applying to the land shall be established by statute. It is obvious that art. 22 refers to the provisions of the TARBEU and to the internal legislation which sets up the detailed legal framework of the acquisition of land in Bulgaria.