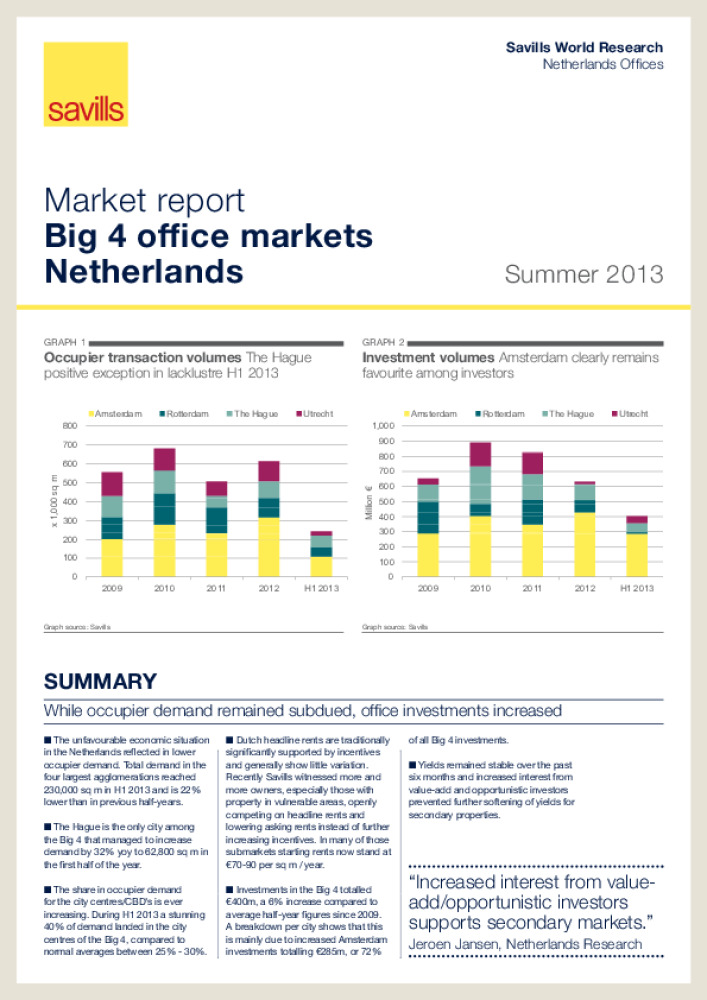 The unfavourable economic situation in the Netherlands reflected in lower occupier demand. Total demand in the four largest agglomerations reached 230,000 sq m in H1 2013 and is 22% lower than in previous half-years.

The Hague is the only city among the Big 4 that managed to increase demand by 32% yoy to 62,800 sq m in the first half of the year.

The share in occupier demand for the city centres/CBD's is ever increasing. During H1 2013 a stunning 40% of demand landed in the city centres of the Big 4, compared to normal averages between 25% - 30%.