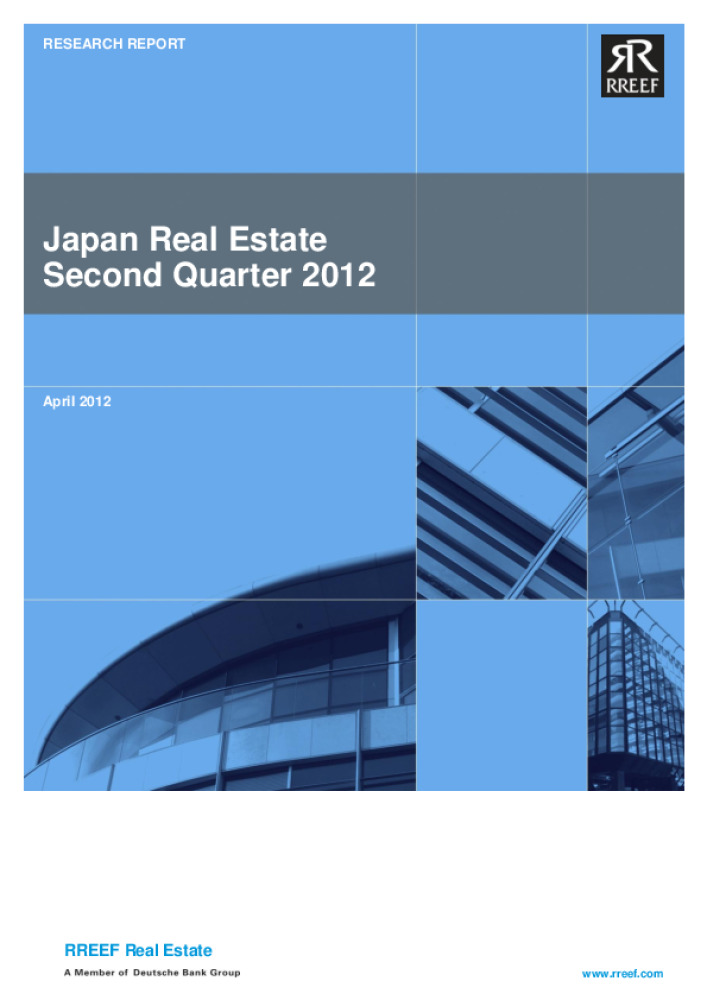 Japan’s GDP growth forecast for 2012 recently received a significant upgrade from 0.7 percent to 2.8 percent. The increasing optimism reflects healthy domestic consumption, the stimulative contribution of a supplementary budget for reconstruction, and the Bank of Japan’s additional monetary easing.

In Japan’s capital markets, conditions are still favourable for refinancing existing debts, but this limits opportunities to acquire distressed assets, especially in the office sector. Instead, some investors have been attracted to high yielding non-office assets. This is in line with what we mentioned in our research paper, “Asia Pacific Strategic Outlook” published in March 2012. J-REIT share prices started to pick up in February, and a new J-REIT listing is planned in April. It will be the first initial public offering by a new J-REIT in four and half years. Three other J-REITs plan initial public offerings later in the year.

Among the property sectors, the office market faces the most difficulty. Leasing market fundamentals in Tokyo are generally weak. Because of elevated supply levels, the vacancy rate sits at a historically high level with rents continuing their gradual decline, except for large-floor plate buildings. Total returns still lag, and transaction volumes are limited.

The logistics sector continues to capture the attention of investors. Transaction volumes have been active amid tightening fundamentals. Two of the four planned initial public offerings by J-REITs in 2012 focus on logistics.

Limited new development in the last two years has lifted the residential leasing market, pulling down the vacancy rate and kick-starting a rental recovery, especially in Tokyo’s popular central wards of Shibuya and Minato. In the retail market, the average asking retail rents for major high streets in Tokyo showed mixed momentum in early 2012, with the Ginza and Shinjuku districts still soft but rents in Omotesando and Shibuya beginning to recover.