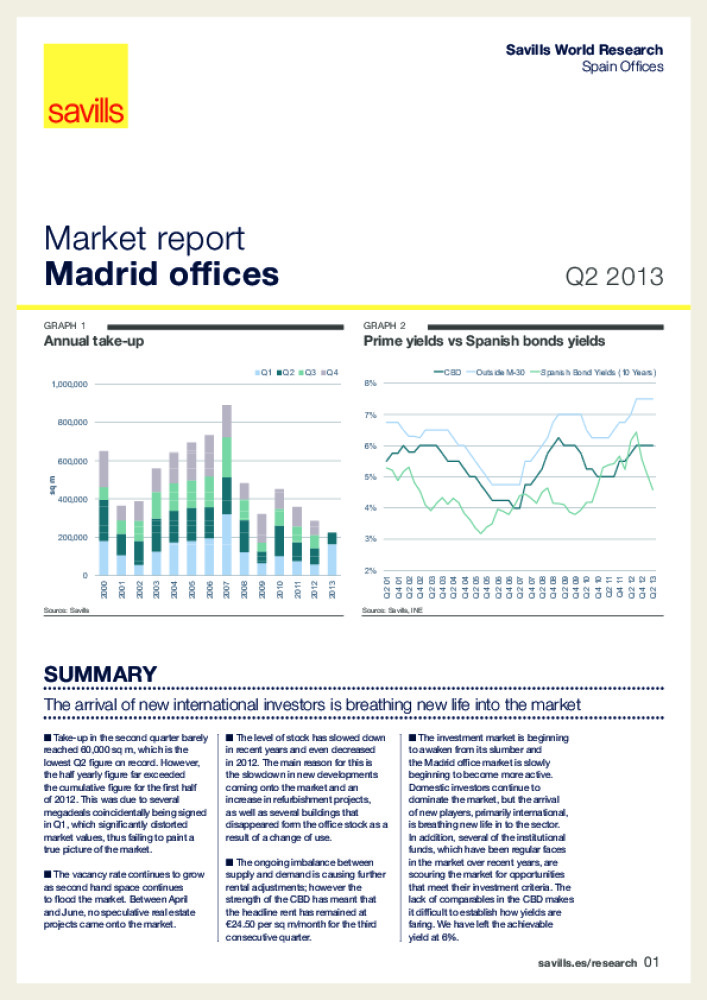 Take-up in the second quarter barely reached 60,000 sq m, which is the lowest Q2 figure on record. However, the half yearly figure far exceeded the cumulative figure for the first half of 2012. This was due to several megadeals coincidentally being signed in Q1, which significantly distorted market values, thus failing to paint a true picture of the market.

The level of stock has slowed down in recent years and even decreased  in 2012. The main reason for this is the slowdown in new developments  coming onto the market and an  increase in refurbishment projects,  as well as several buildings that  disappeared form the office stock as a  result of a change of use.

The ongoing imbalance between supply and demand is causing further rental adjustments; however the strength of the CBD has meant that the headline rent has remained at  €24.50 per sq m/month for the third  consecutive quarter.

The investment market is beginning to awaken from its slumber and the Madrid office market is slowly  beginning to become more active.  Domestic investors continue to dominate the market, but the arrival of new players, primarily international, is breathing new life in to the sector.
In addition, several of the institutional funds, which have been regular faces in the market over recent years, are scouring the market for opportunities that meet their investment criteria. The lack of comparables in the CBD makes it difficult to establish how yields are faring. We have left the achievable yield at 6%.