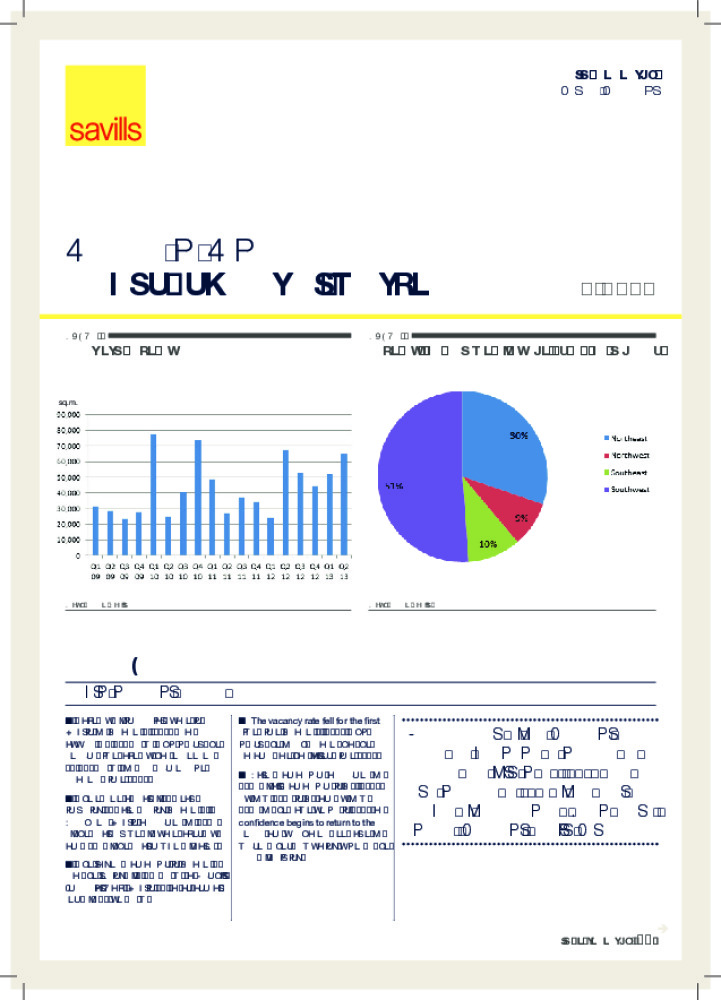 There were a total of 58 deals including 24 sales during Quarter 2. Southwest Dublin accounted for 51% of the total volume of space taken-up and 62% of the total number of sales.

The largest transaction in Quarter 2 was the letting of 8,009 sq.m. at Fonthill Industrial Park, Dublin 22, at an annual rent of €70 per sq.m.

The vacancy rate fell for the first time since Quarter 3, 2011. This is only the fourth quarter that the  vacancy rate has fallen since 2008.

Sales transactions accounted for 41% of all transactions in Q2, 2013 up from 20% in Q1 and up from 14% for the same period in 2012 as confidence begins to return to the sector and purchasers see value for money when comparing prices to the cost of building.