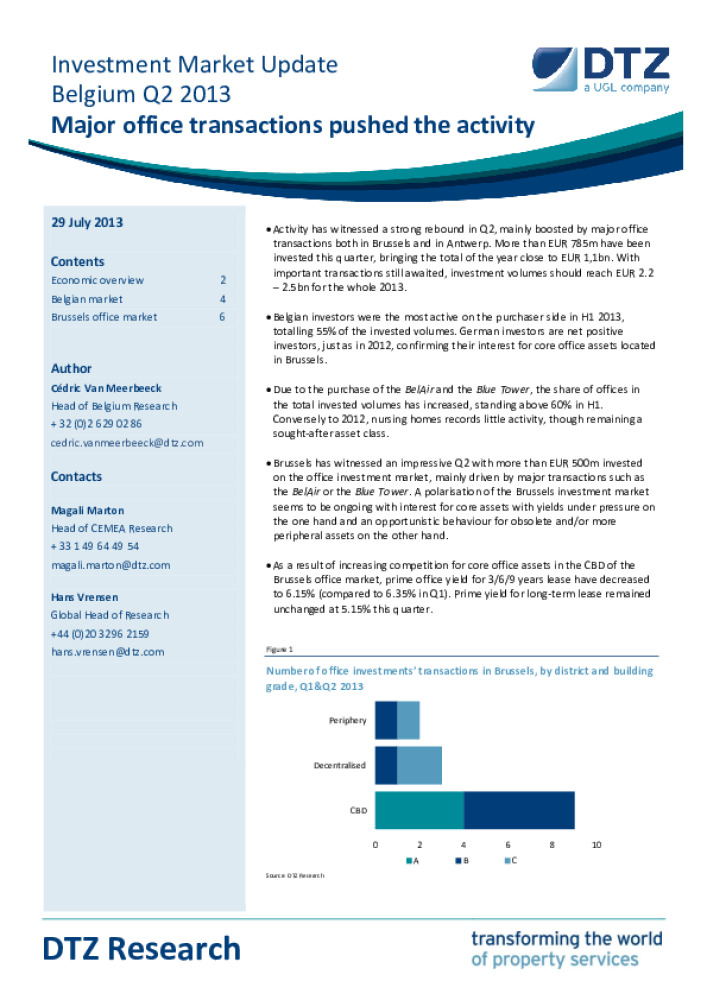 Activity has witnessed a strong rebound in Q2, mainly boosted by major office transactions both in Brussels and in Antwerp. More than EUR 785m have been invested this quarter, bringing the total of the year close to EUR 1,1bn. With important transactions still awaited, investment volumes should reach EUR 2.2 – 2.5bn for the whole 2013.

Belgian investors were the most active on the purchaser side in H1 2013, totalling 55% of the invested volumes. German investors are net positive investors, just as in 2012, confirming their interest for core office assets located in Brussels.

Due to the purchase of the BelAir and the Blue Tower, the share of offices in the total invested volumes has increased, standing above 60% in H1. Conversely to 2012, nursing homes records little activity, though remaining a sought-after asset class.