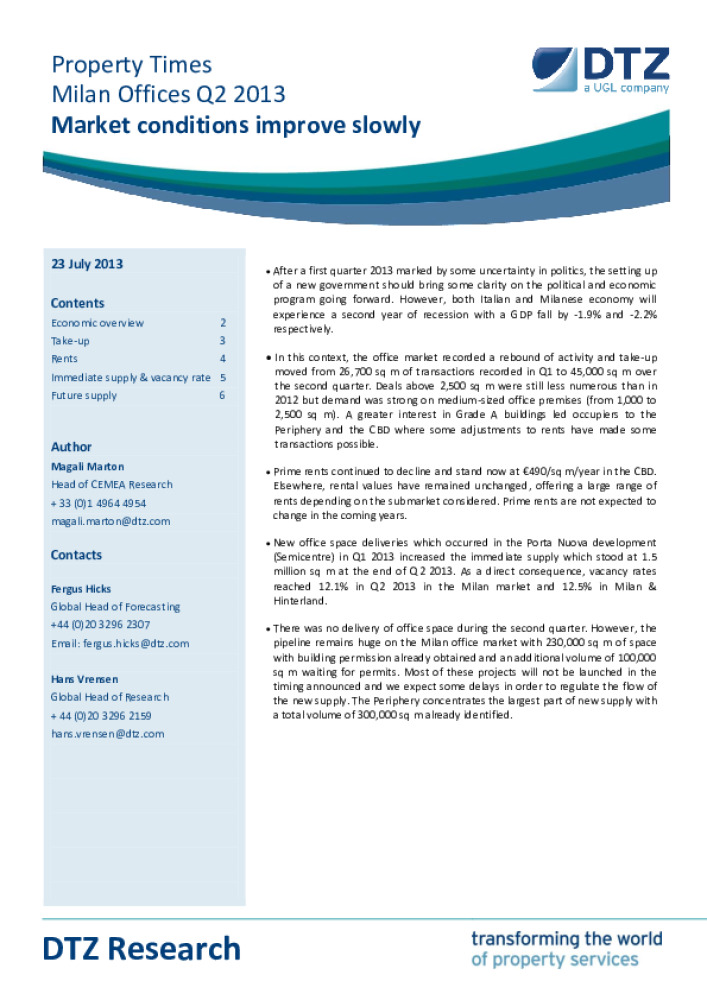 After a first quarter 2013 marked by some uncertainty in politics, the setting up of a new government should bring some clarity on the political and economic program going forward. However, both Italian and Milanese economy will experience a second year of recession with a GDP fall by -1.9% and -2.2% respectively.

In this context, the office market recorded a rebound of activity and take-up moved from 26,700 sq m of transactions recorded in Q1 to 45,000 sq m over the second quarter. Deals above 2,500 sq m were still less numerous than in 2012 but demand was strong on medium-sized office premises (from 1,000 to 2,500 sq m). A greater interest in Grade A buildings led occupiers to the Periphery and the CBD where some adjustments to rents have made some transactions possible.

Prime rents continued to decline and stand now at €490/sq m/year in the CBD. Elsewhere, rental values have remained unchanged, offering a large range of rents depending on the submarket considered. Prime rents are not expected to change in the coming years.