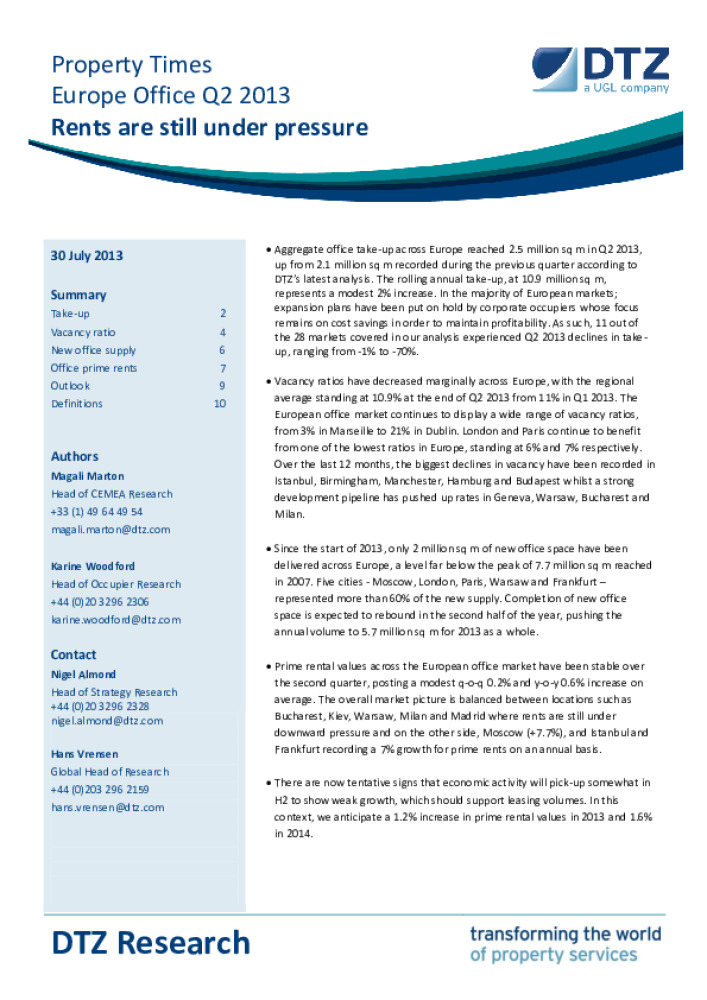 Aggregate office take-up across Europe reached 2.5 million sq m in Q2 2013, up from 2.1 million sq m recorded during the previous quarter according to DTZ’s latest analysis. The rolling annual take-up, at 10.9 million sq m, represents a modest 2% increase. In the majority of European markets; expansion plans have been put on hold by corporate occupiers whose focus remains on cost savings in order to maintain profitability. As such, 11 out of the 28 markets covered in our analysis experienced Q2 2013 declines in take-up, ranging from -1% to -70%.

Vacancy ratios have decreased marginally across Europe, with the regional average standing at 10.9% at the end of Q2 2013 from 11% in Q1 2013. The European office market continues to display a wide range of vacancy ratios, from 3% in Marseille to 21% in Dublin. London and Paris continue to benefit from one of the lowest ratios in Europe, standing at 6% and 7% respectively. Over the last 12 months, the biggest declines in vacancy have been recorded in Istanbul, Birmingham, Manchester, Hamburg and Budapest whilst a strong development pipeline has pushed up rates in Geneva, Warsaw, Bucharest and Milan.