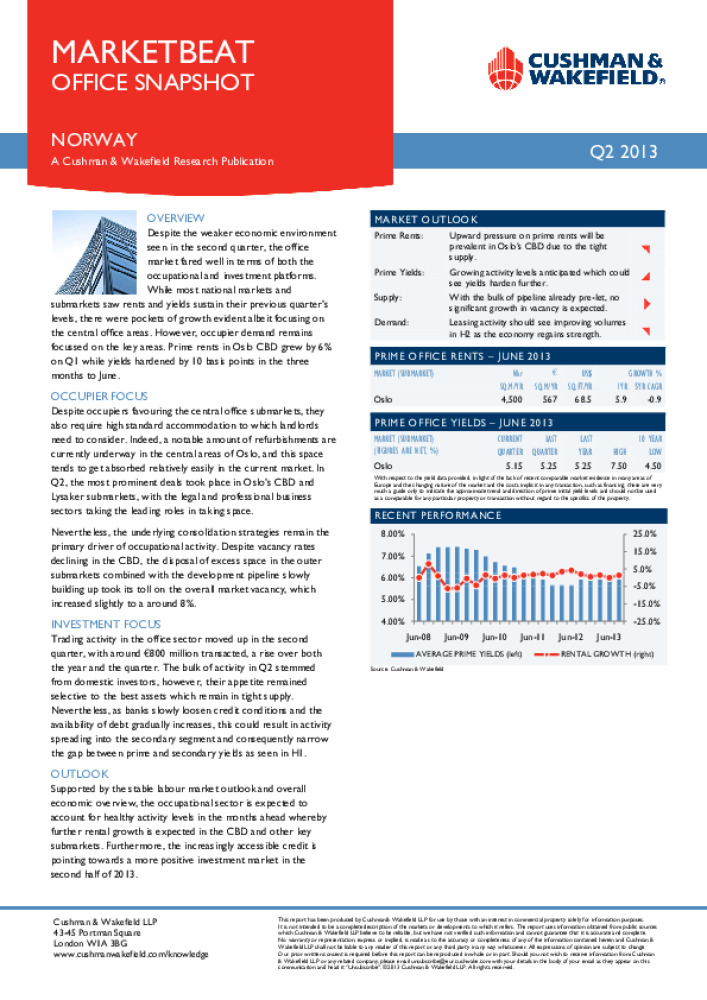 Despite the weaker economic environment seen in the second quarter, the office market fared well in terms of both the occupational and investment platforms. While most national markets and submarkets saw rents and yields sustain their previous quarter’s levels, there were pockets of growth evident albeit focusing on the central office areas. However, occupier demand remains focussed on the key areas. Prime rents in Oslo CBD grew by 6%  on Q1 while yields hardened by 10 basis points in the three months to June.