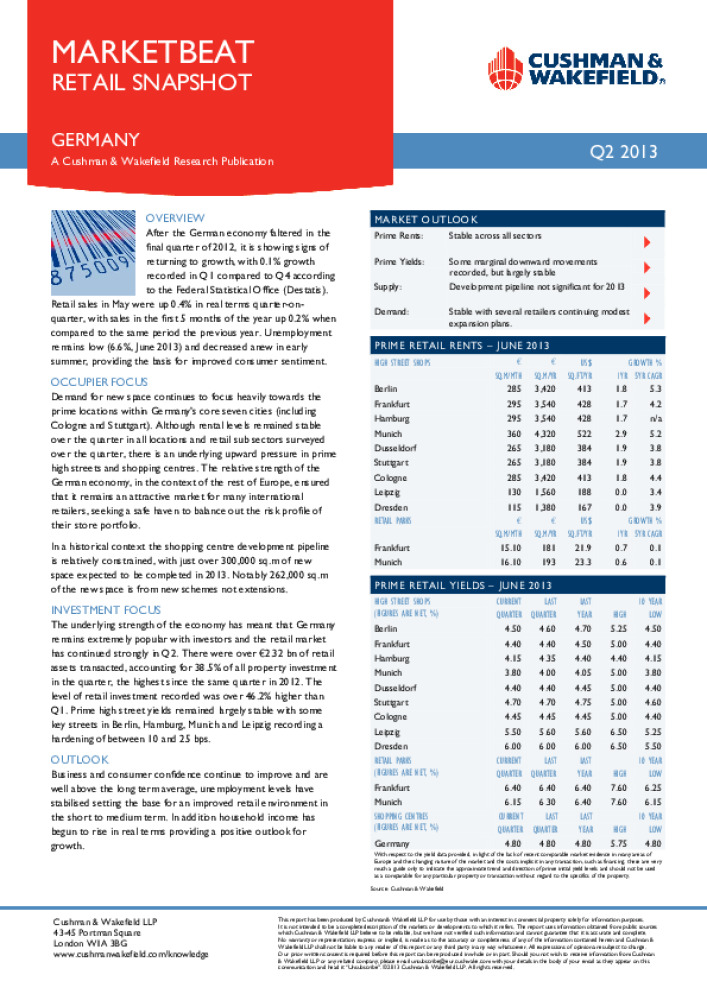 After the German economy faltered in the final quarter of 2012, it is showing signs of returning to growth, with 0.1% growth recorded in Q1 compared to Q4 according to the Federal Statistical Office (Destatis). Retail sales in May were up 0.4% in real terms quarter-onquarter, with sales in the first 5 months of the year up 0.2% when compared to the same period the previous year. Unemployment remains low (6.6%, June 2013) and decreased anew in early summer, providing the basis for improved consumer sentiment.