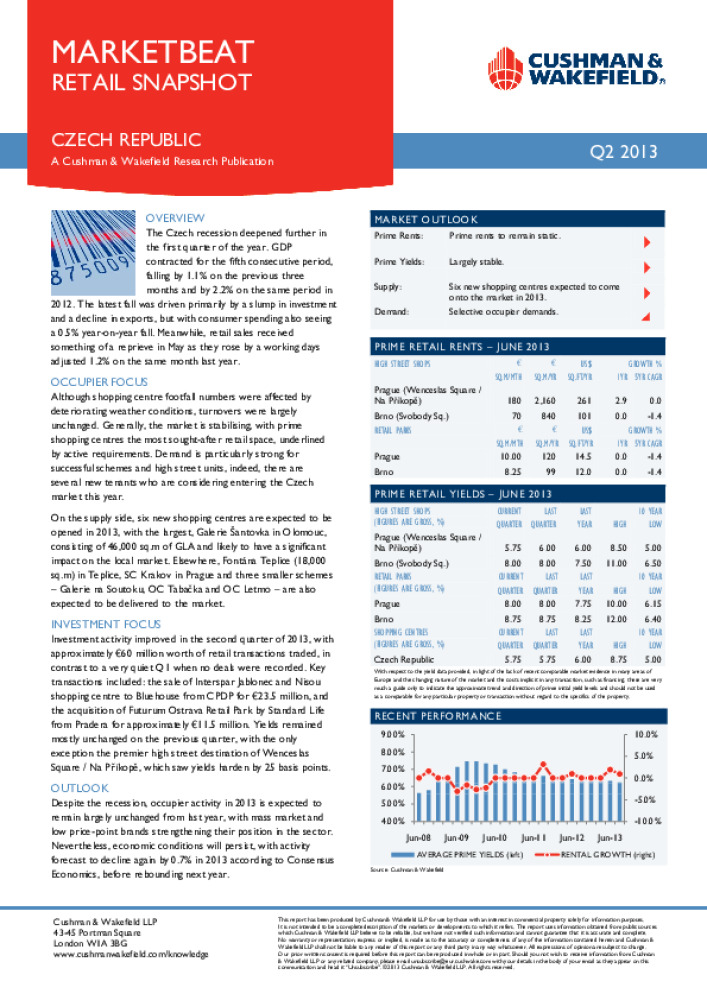 The Czech recession deepened further in the first quarter of the year. GDP contracted for the fifth consecutive period, falling by 1.1% on the previous three months and by 2.2% on the same period in 2012. The latest fall was driven primarily by a slump in investment and a decline in exports, but with consumer spending also seeing a 0.5% year-on-year fall. Meanwhile, retail sales received something of a reprieve in May as they rose by a working days adjusted 1.2% on the same month last year.