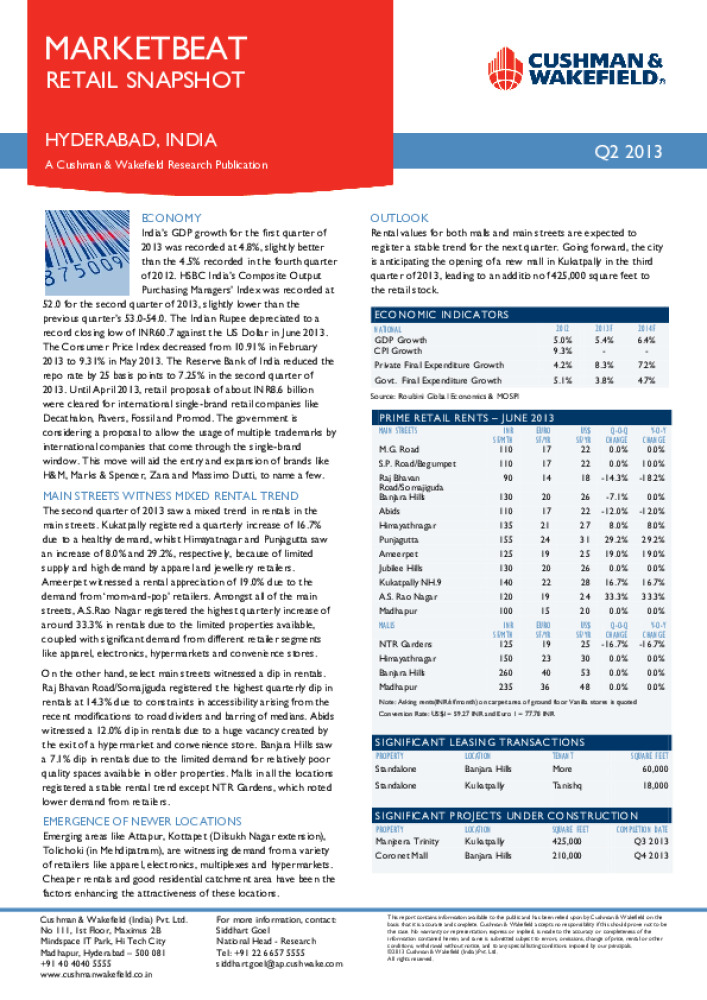 India’s GDP growth for the first quarter of 2013 was recorded at 4.8%, slightly better than the 4.5% recorded in the fourth quarter of 2012. HSBC India’s Composite Output Purchasing Managers’ Index was recorded at 52.0 for the second quarter of 2013, slightly lower than the previous quarter’s 53.0-54.0. The Indian Rupee depreciated to a record closing low of INR60.7 against the US Dollar in June 2013. The Consumer Price Index decreased from 10.91% in February 2013 to 9.31% in May 2013. The Reserve Bank of India reduced the repo rate by 25 basis points to 7.25% in the second quarter of 2013. Until April 2013, retail proposals of about INR8.6 billion were cleared for international single-brand retail companies like Decathalon, Pavers, Fossil and Promod.