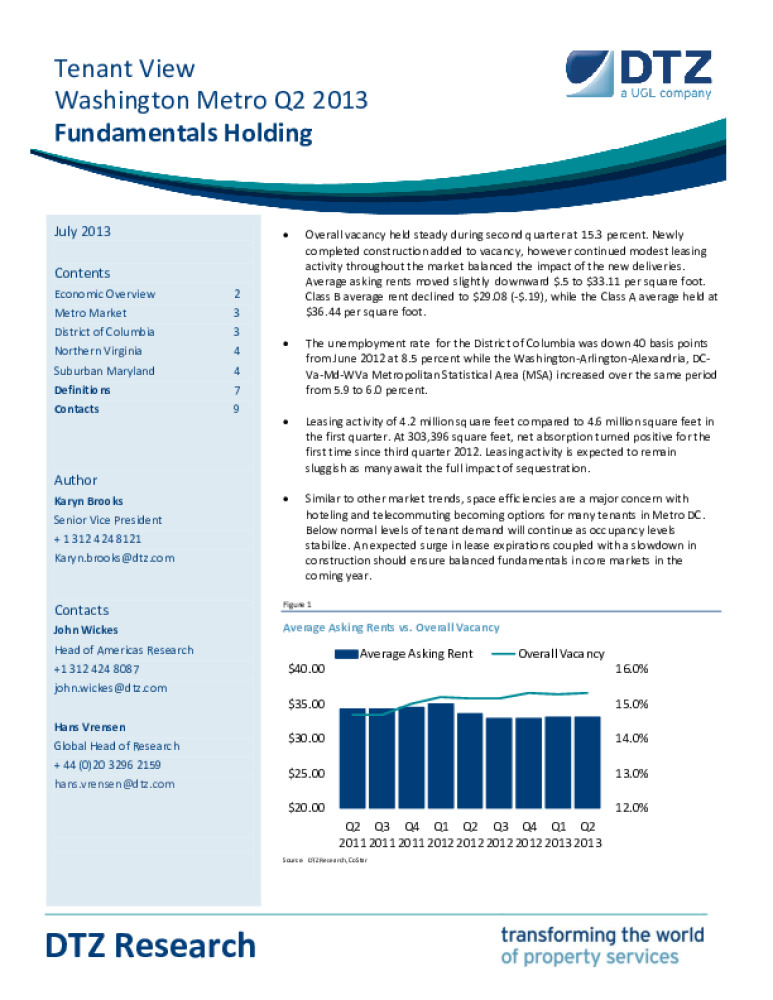 Overall vacancy held steady during second quarter at 15.3 percent. Newly completed construction added to vacancy, however continued modest leasing activity throughout the market balanced the impact of the new deliveries. Average asking rents moved slightly downward $.5 to $33.11 per square foot. Class B average rent declined to $29.08 (-$.19), while the Class A average held at $36.44 per square foot.

The unemployment rate for the District of Columbia was down 40 basis points from June 2012 at 8.5 percent while the Washington-Arlington-Alexandria, DC-Va-Md-WVa Metropolitan Statistical Area (MSA) increased over the same period from 5.9 to 6.0 percent.

Similar to other market trends, space efficiencies are a major concern with hoteling and telecommuting becoming options for many tenants in Metro DC. Below normal levels of tenant demand will continue as occupancy levels stabilize. An expected surge in lease expirations coupled with a slowdown in construction should ensure balanced fundamentals in core markets in the coming year. 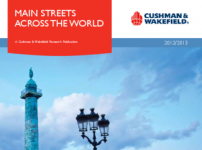