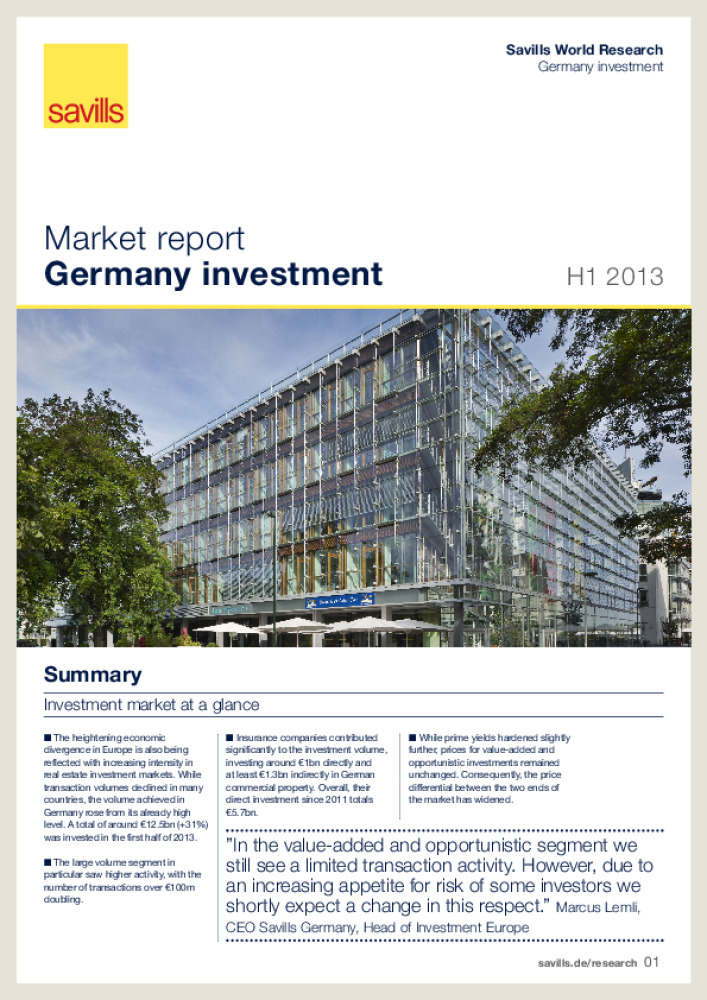 The heightening economic divergence in Europe is also being reflected with increasing intensity in real estate investment markets. While transaction volumes declined in many countries, the volume achieved in Germany rose from its already high level. A total of around €12.5bn (+31%) was invested in the first half of 2013.

The large volume segment in particular saw higher activity, with the number of transactions over €100m doubling.

While prime yields hardened slightly further, prices for value-added and opportunistic investments remained unchanged. Consequently, the price differential between the two ends of the market has widened.