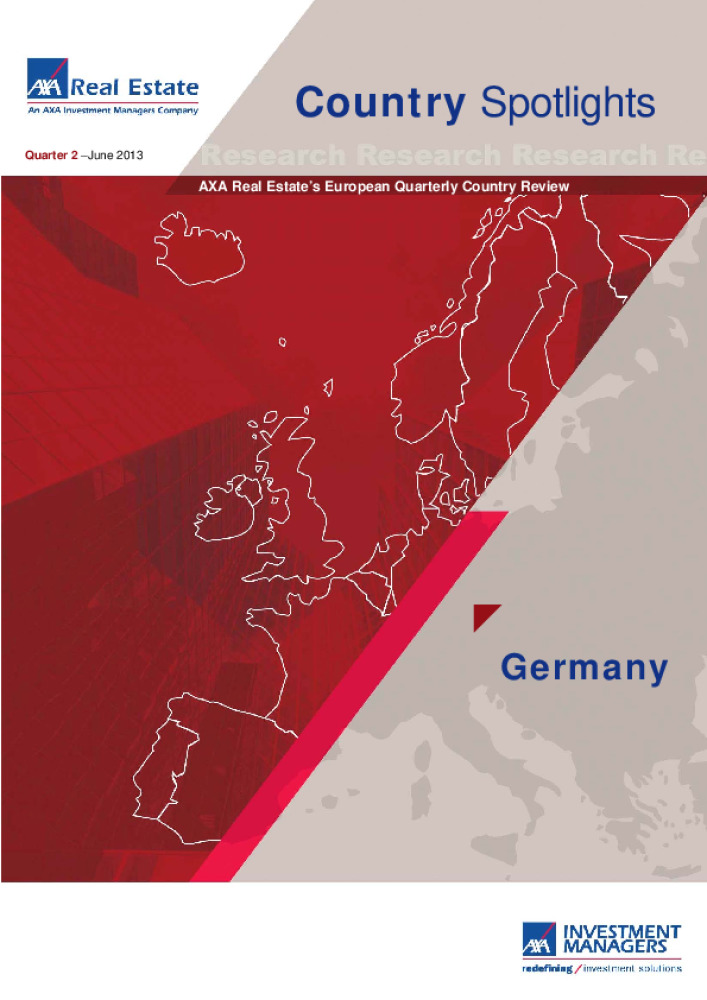 At a country level office vacancy rates declined in Germany on average despite weakening demand.

Frankfurt experienced, in the first quarter, the lowest level of take-up in 12 quarters, but office prime rents rose by 7%.

While total investment activity declined by 40% in Q1 2013, investors showed strong interest in the logistics sector, leading to a surge in transaction volumes by 75% quarter by quarter.