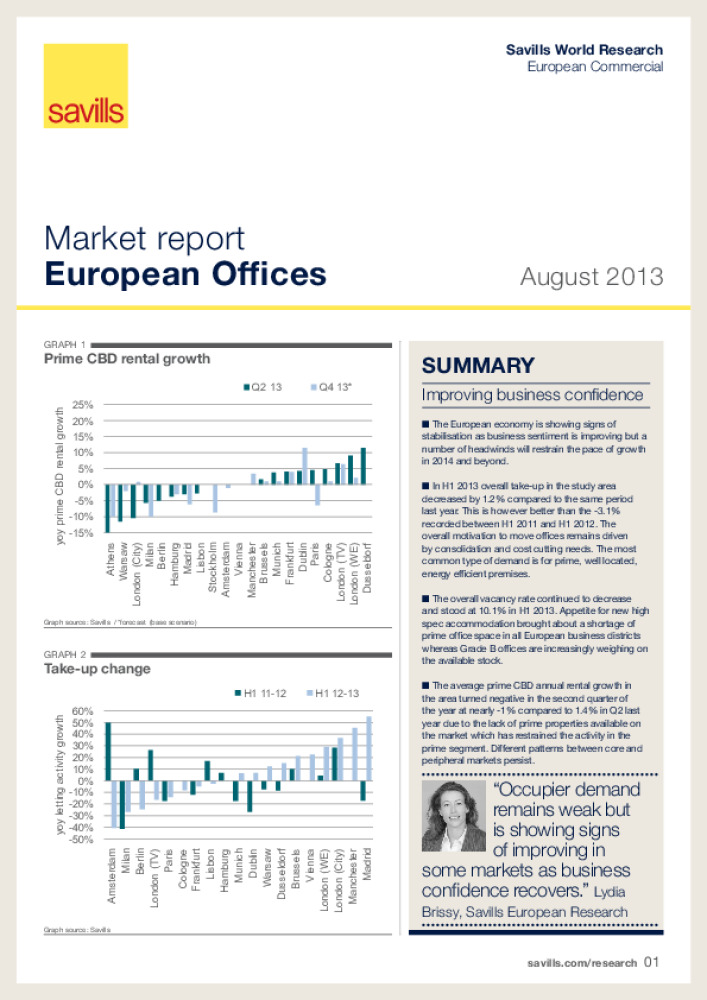 The European economy is showing signs of stabilisation as business sentiment is improving but a number of headwinds will restrain the pace of growth in 2014 and beyond.

In H1 2013 overall take-up in the study area decreased by 1.2% compared to the same period last year. This is however better than the -3.1% recorded between H1 2011 and H1 2012. The overall motivation to move offices remains driven by consolidation and cost cutting needs. The most common type of demand is for prime, well located, energy efficient premises.

The overall vacancy rate continued to decrease and stood at 10.1% in H1 2013. Appetite for new high spec accommodation brought about a shortage of prime office space in all European business districts whereas Grade B offices are increasingly weighing on the available stock.

The average prime CBD annual rental growth in the area turned negative in the second quarter of the year at nearly -1% compared to 1.4% in Q2 last year due to the lack of prime properties available on the market which has restrained the activity in the prime segment. Different patterns between core and peripheral markets persist.