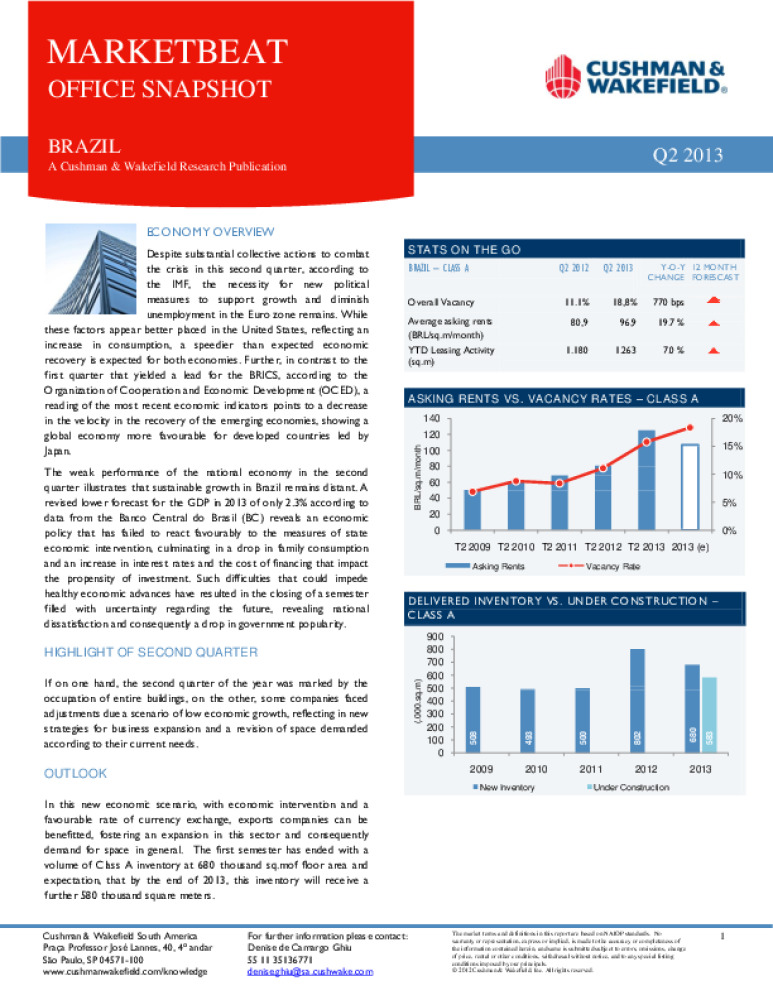 Despite substantial collective actions to combat the crisis in this second quarter, according to the IMF, the necessity for new political measures to support growth and diminish unemployment in the Euro zone remains. While these factors appear better placed in the United States, reflecting an increase in consumption, a speedier than expected economic recovery is expected for both economies. Further, in contrast to the first quarter that yielded a lead for the BRICS, according to the Organization of Cooperation and Economic Development (OCED), a reading of the most recent economic indicators points to a decrease in the velocity in the recovery of the emerging economies, showing a global economy more favourable for developed countries led by Japan.