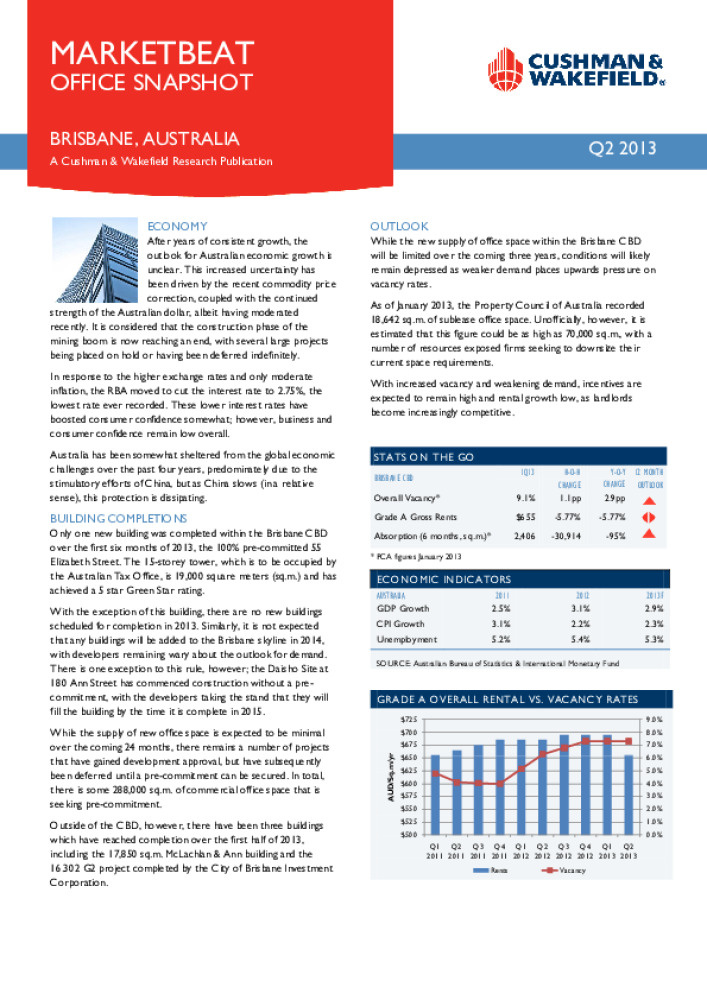 After years of consistent growth, the outlook for Australian economic growth is unclear. This increased uncertainty has been driven by the recent commodity price correction, coupled with the continued strength of the Australian dollar, albeit having moderated recently. It is considered that the construction phase of the mining boom is now reaching an end, with several large projects being placed on hold or having been deferred indefinitely.