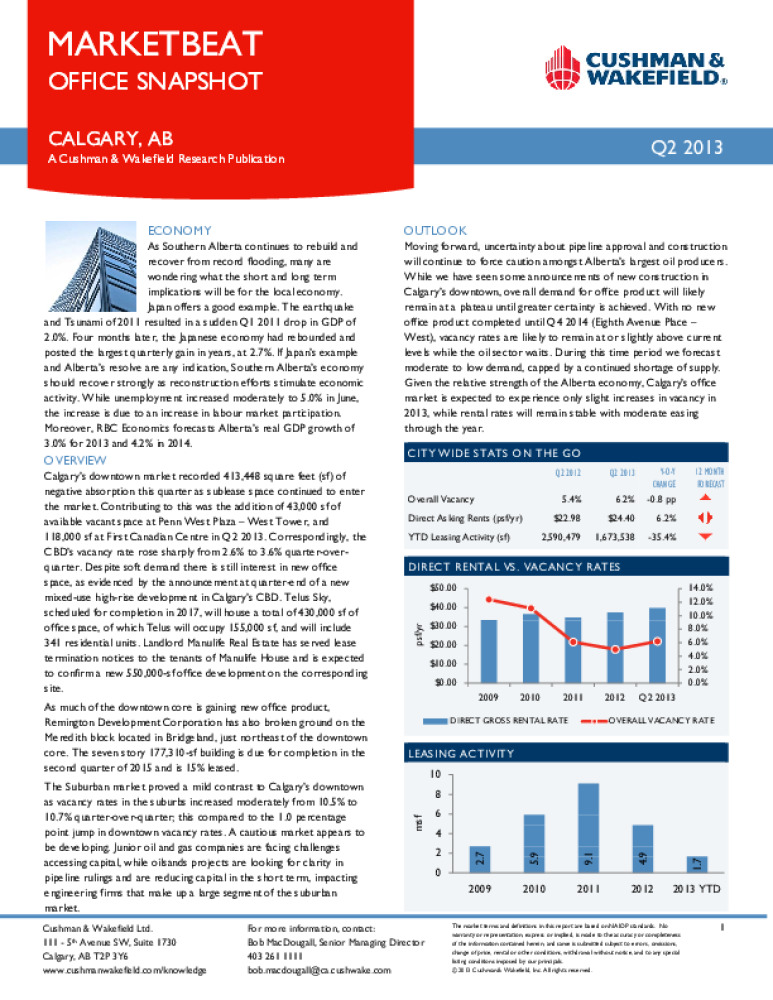 As Southern Alberta continues to rebuild and recover from record flooding, many are wondering what the short and long term implications will be for the local economy. Japan offers a good example. The earthquake and Tsunami of 2011 resulted in a sudden Q1 2011 drop in GDP of 2.0%. Four months later, the Japanese economy had rebounded and posted the largest quarterly gain in years, at 2.7%. If Japan’s example and Alberta’s resolve are any indication, Southern Alberta’s economy should recover strongly as reconstruction efforts stimulate economic activity. While unemployment increased moderately to 5.0% in June, the increase is due to an increase in labour market participation. Moreover, RBC Economics forecasts Alberta’s real GDP growth of 3.0% for 2013 and 4.2% in 2014.