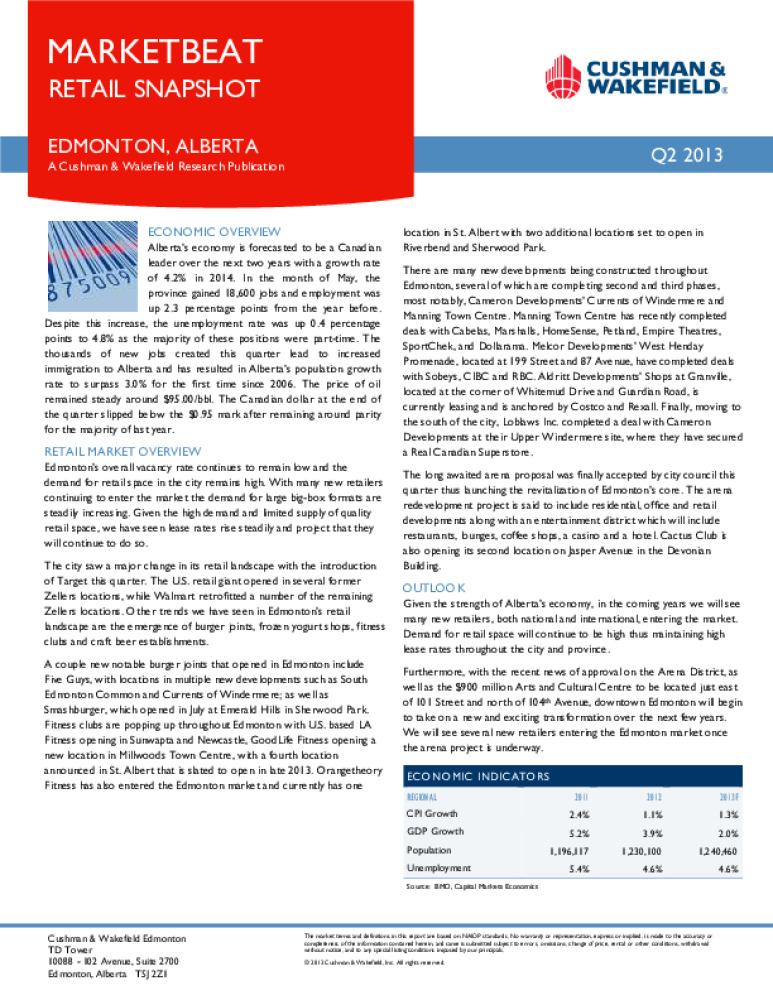 Alberta’s economy is forecasted to be a Canadian leader over the next two years with a growth rate of 4.2% in 2014. In the month of May, the province gained 18,600 jobs and employment was up 2.3 percentage points from the year before. Despite this increase, the unemployment rate was up 0.4 percentage points to 4.8% as the majority of these positions were part-time. The thousands of new jobs created this quarter lead to increased immigration to Alberta and has resulted in Alberta’s population growth rate to surpass 3.0% for the first time since 2006. The price of oil remained steady around $95.00/bbl. The Canadian dollar at the end of the quarter slipped below the $0.95 mark after remaining around parity for the majority of last year.