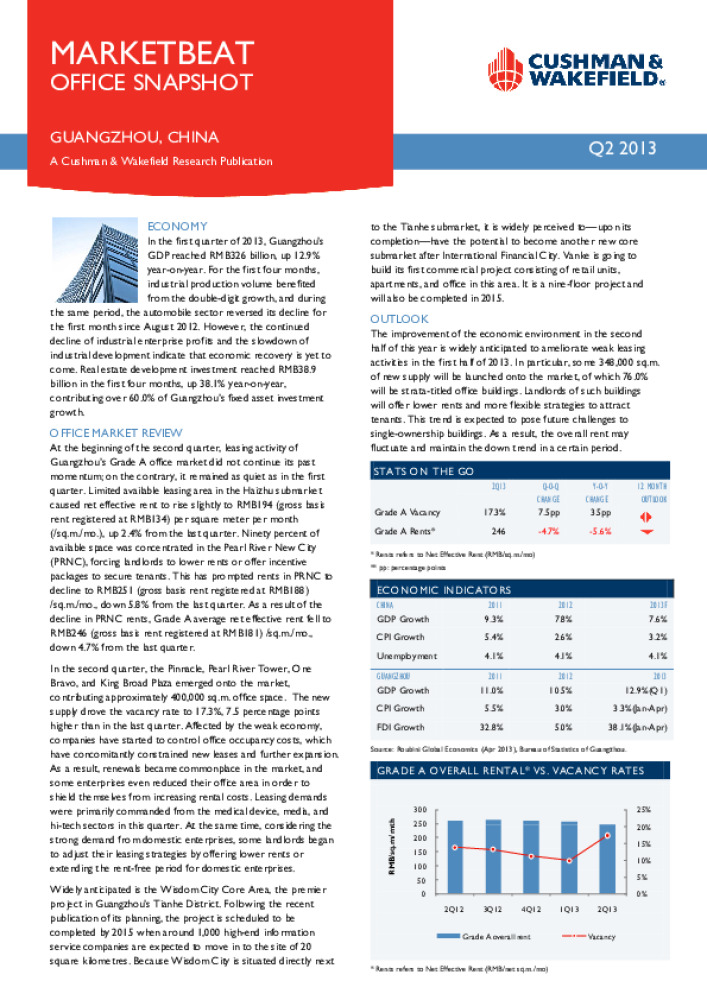 In the first quarter of 2013, Guangzhou’s GDP reached RMB326 billion, up 12.9% year-on-year. For the first four months, industrial production volume benefited from the double-digit growth, and during the same period, the automobile sector reversed its decline for the first month since August 2012. However, the continued decline of industrial enterprise profits and the slowdown of industrial development indicate that economic recovery is yet to come. Real estate development investment reached RMB38.9 billion in the first four months, up 38.1% year-on-year, contributing over 60.0% of Guangzhou’s fixed asset investment growth.