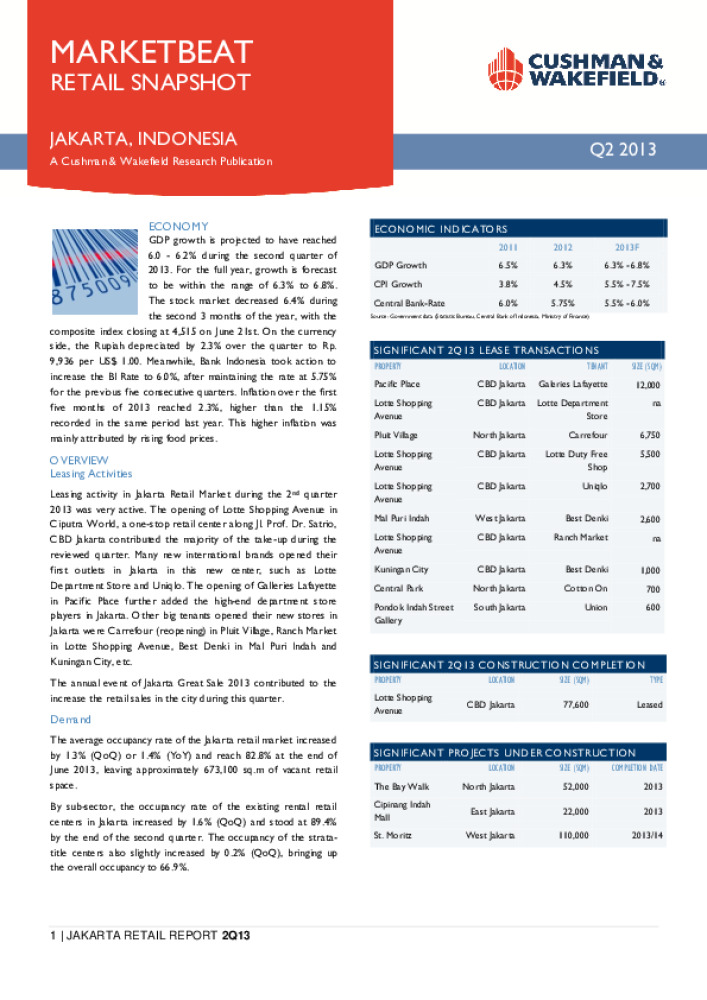 GDP growth is projected to have reached 6.0 - 6.2% during the second quarter of 2013. For the full year, growth is forecast to be within the range of 6.3% to 6.8%. The stock market decreased 6.4% during the second 3 months of the year, with the composite index closing at 4,515 on June 21st. Onthe currency side, the Rupiah depreciated by 2.3% over the quarter to Rp. 9,936 per US$ 1.00. Meanwhile, Bank Indonesia took action to increase the BI Rate to 6.0%, after maintaining the rate at 5.75% for the previous five consecutive quarters. Inflation over the first five months of 2013 reached 2.3%, higher than the 1.15% recorded in the same period last year. This higher inflation was mainly attributed by rising food prices.