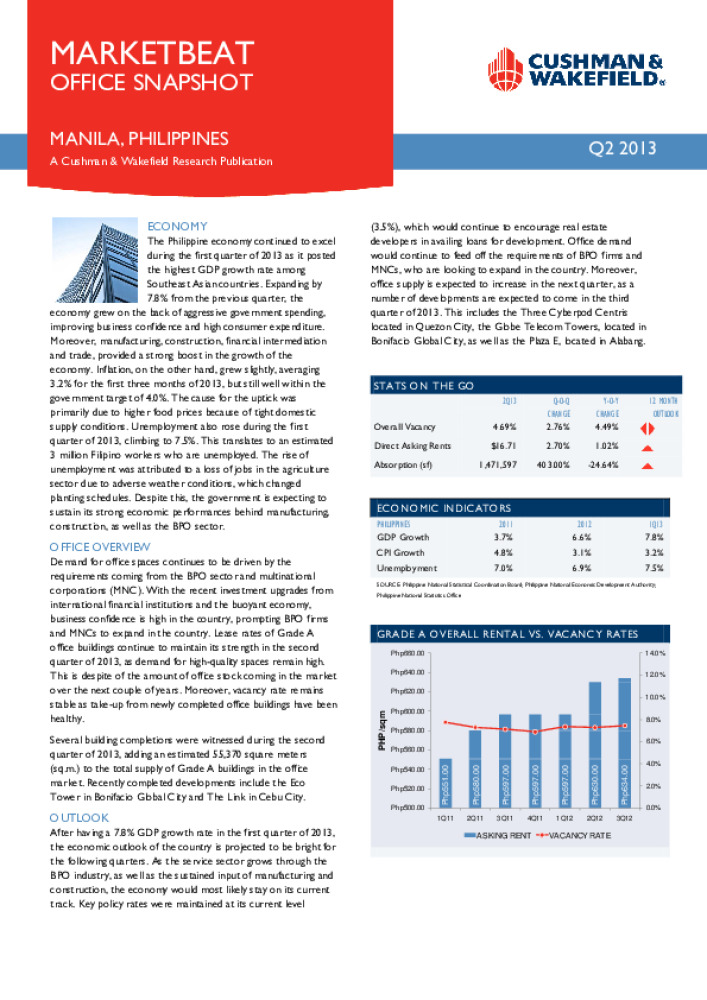 The Philippine economy continued to excel during the first quarter of 2013 as it posted the highest GDP growth rate among Southeast Asian countries. Expanding by 7.8% from the previous quarter, the economy grew on the back of aggressive government spending, improving business confidence and high consumer expenditure. Moreover, manufacturing, construction, financial intermediation and trade, provided a strong boost in the growth of the economy. Inflation, on the other hand, grew slightly, averaging 3.2% for the first three months of 2013, but still well within the government target of 4.0%. The cause for the uptick was primarily due to higher food prices because of tight domestic supply conditions. Unemployment also rose during the first quarter of 2013, climbing to 7.5%. This translates to an estimated 3 million Filipino workers who are unemployed.