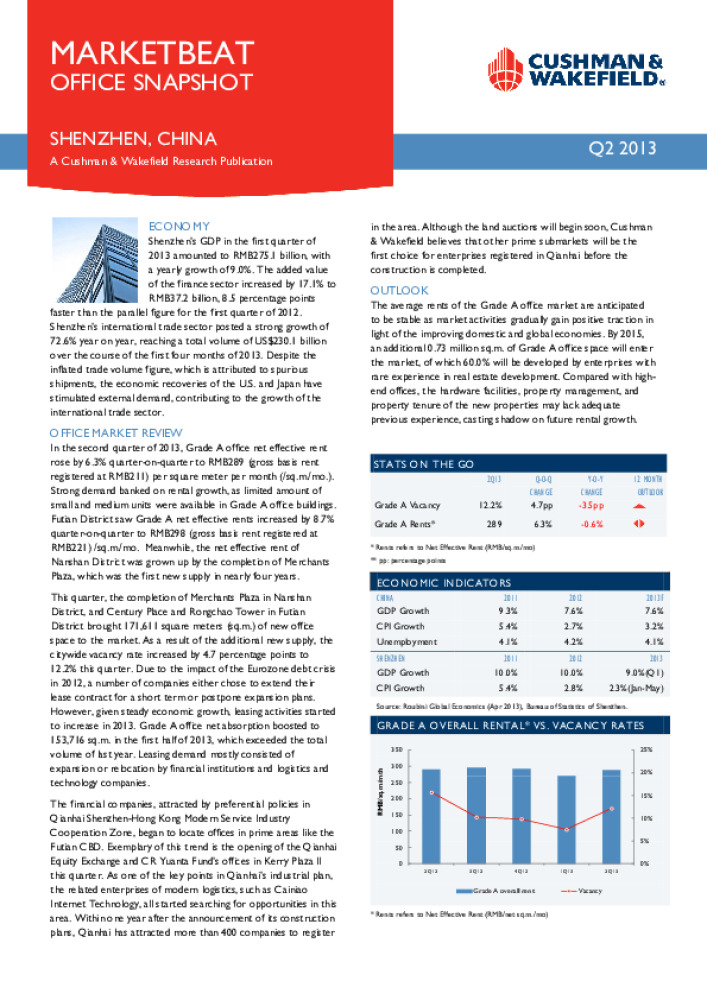 Shenzhen’s GDP in the first quarter of 2013 amounted to RMB275.1 billion, with a yearly growth of 9.0%. The added value of the finance sector increased by 17.1% to RMB37.2 billion, 8.5 percentage points faster than the parallel figure for the first quarter of 2012. Shenzhen’s international trade sector posted a strong growth of 72.6% year on year, reaching a total volume of US$230.1 billion over the course of the first four months of 2013. Despite the inflated trade volume figure, which is attributed to spurious shipments, the economic recoveries of the U.S. and Japan have stimulated external demand, contributing to the growth of the international trade sector.