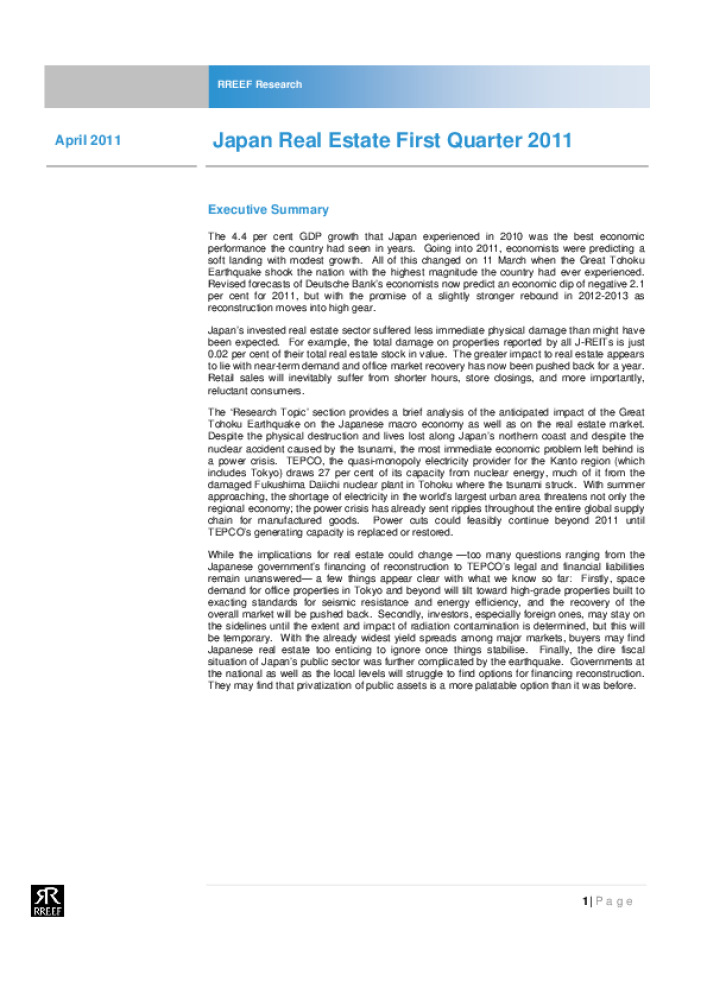 The 4.4 per cent GDP growth that Japan experienced in 2010 was the best economic performance the country had seen in years. Going into 2011, economists were predicting a soft landing with modest growth. All of this changed on 11 March when the Great Tohoku Earthquake shook the nation with the highest magnitude the country had ever experienced. Revised forecasts of Deutsche Bank's economists now predict an economic dip of negative 2.1 per cent for 2011, but with the promise of a slightly stronger rebound in 2012-2013 as reconstruction moves into high gear.

Japan's invested real estate sector suffered less immediate physical damage than might have been expected. For example, the total damage on properties reported by all J-REITs is just 0.02 per cent of their total real estate stock in value. The greater impact to real estate appears to lie with near-term demand and office market recovery has now been pushed back for a year. Retail sales will inevitably suffer from shorter hours, store closings, and more importantly, reluctant consumers.