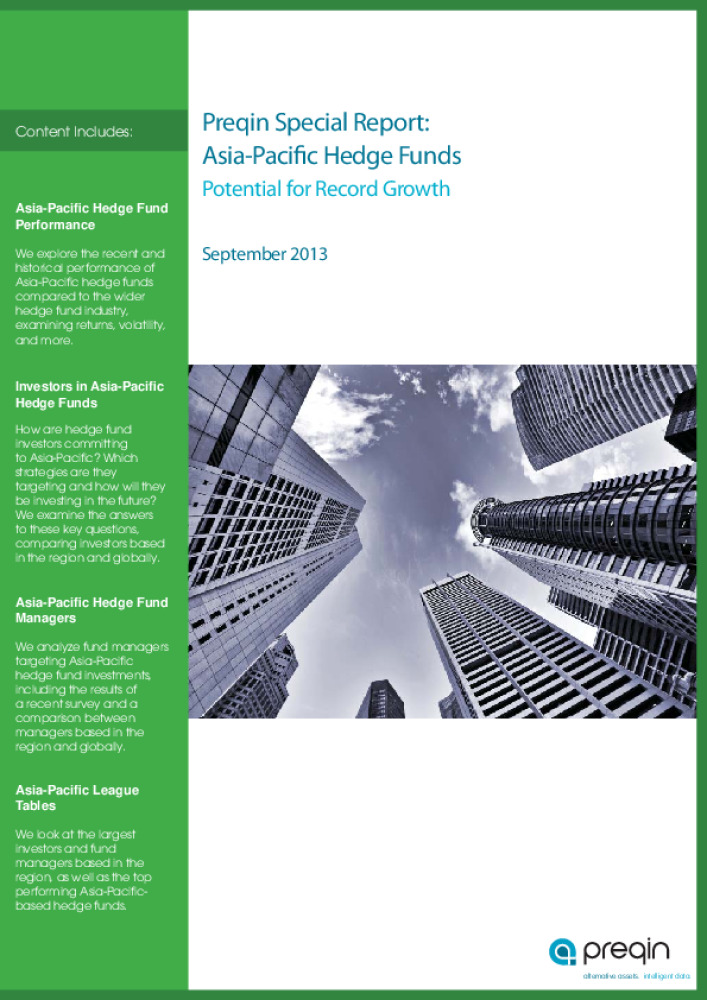 Asia-Pacific has been a growing region in the hedge fund industry in recent years as both investors and managers have realized the potential of this emerging region for alternative investments. However, the industry in the region has still yet to reach the share of wealth contributed by the wider economy in Asia-Pacific, meaning that there remains the potential for substantial growth in the future. Asia-Pacific-based firms represent approximately 13% of all hedge fund managers tracked by Preqin, but these firms represent less than 4% of total industry capital, largely due to the fact that funds within Asia-Pacific are both newer and smaller than those in the established regions of North America and Europe.

This is a significant period for the hedge fund industry in the Asia-Pacific region. New developments, in particular the advent of the new Securities Investment Funds Law in China, could lead to significant changes in the region and provide a boost to the hedge fund industry. Despite this, fund launch activity in the region appears to have slowed amid a challenging fundraising environment for hedge fund managers. However, hedge fund investment activity in the region seems to be in fairly good health, with encouraging performance recorded by Asia-Pacific funds over the past 12 months leading to investors within the region looking to increase their allocations to hedge funds over the next year. Investors from beyond the border of Asia-Pacific, which were previously wary of allocating to the region due to the increased volatility and relative lack of track record of funds, are also looking to make their first allocations to the region or to increase their existing exposure.