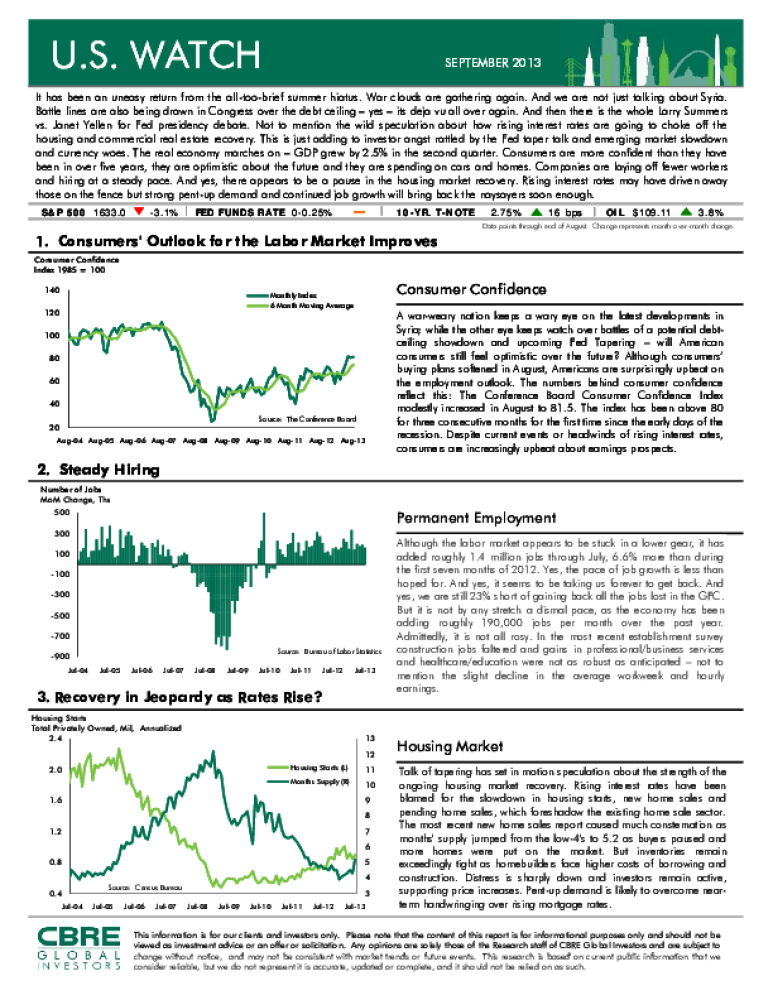 It has been an uneasy return from the all-too-brief summer hiatus. War clouds are gathering again. And we are not just talking about Syria. Battle lines are also being drawn in Congress over the debt ceiling – yes – its déjà vu all over again. And then there is the whole Larry Summers vs. Janet Yellen for Fed presidency debate. Not to mention the wild speculation about how rising interest rates are going to choke off the housing and commercial real estate recovery. This is just adding to investor angst rattled by the Fed taper talk and emerging market  slowdown and currency woes. The real economy marches on – GDP grew by 2.5% in the second quarter. Consumers are more confident than they have been in over five years, they are optimistic about the future and they are spending on cars and homes. Companies are laying off fewer workers and hiring at a steady pace. And yes, there appears to be a pause in the housing market recovery. Rising interest rates may have driven away those on the fence but strong pent-up demand and continued job growth will bring back the naysayers soon enough.