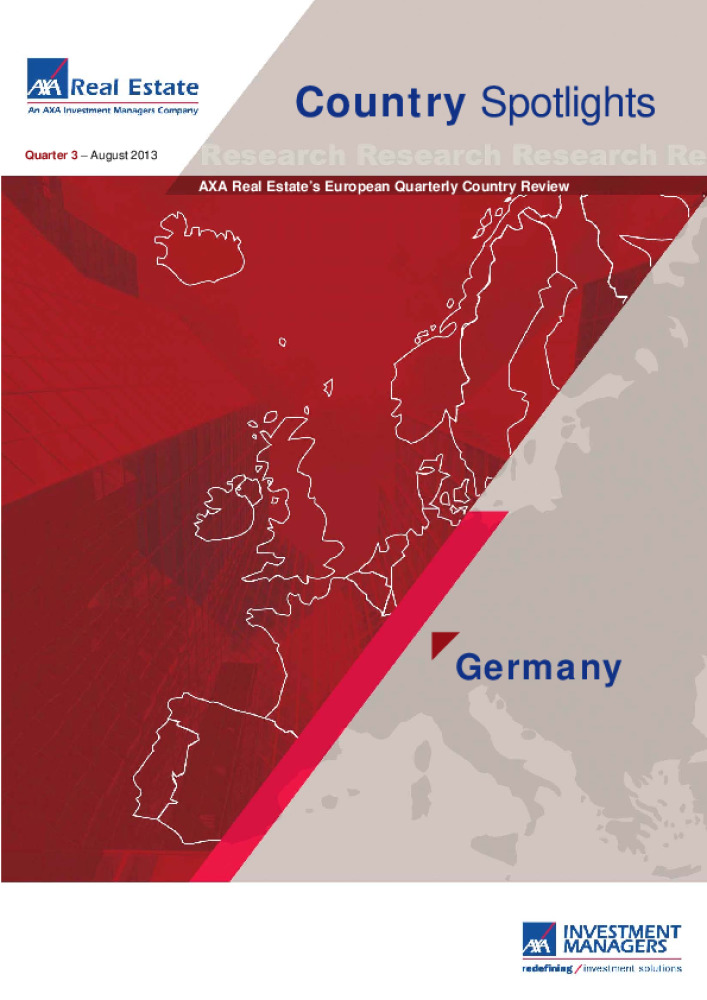 German GDP grew by 0.7% in Q2 2013 on the back of strong household consumption and government expenditure, although the main driver of increased industrial production was weather-related: a ‘rebound’ from Q1’s fall.

Business and consumer confidence have increased over recent months to exceed  the European average.

Germany was one of the few European office markets with net absorption above its long-term trend in Q2. Although this has had little effect on prime rental values, which remained unchanged in the quarter.

Office rental values have started to increase in the CBD fringe areas in the stronger German office markets.

International retailers remain the main driver for retail take-up. Although prime rental values remained flat in the main five German markets in Q2, they have started to increase in secondary cities.

There has been a strong increase in core+ investment transactions over the last six months, although part of that is seasonal.

Challenging setting in Europe, but some positive signs - Q2 2013