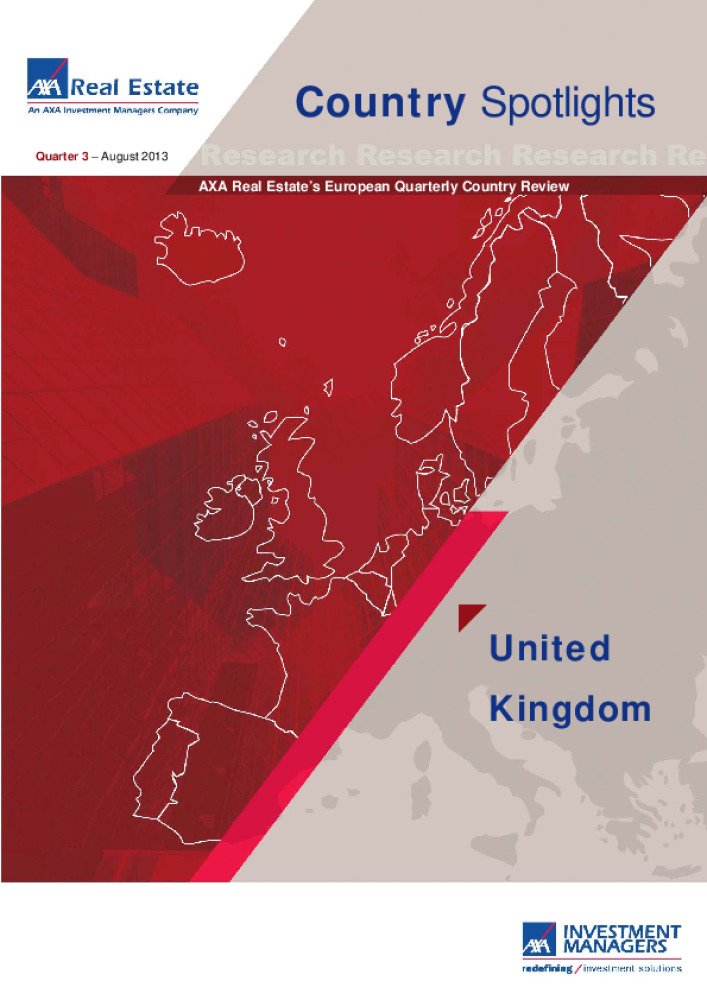 The UK economy produced 0.7% growth in Q2, largely driven by the service sector. Encouragingly, all four main industrial sectors contributed to growth and with business surveys reaching some of their highest levels since 2006, confidence in the recovery is growing.

As a result of strengthening business confidence, demand for well-specified and well located office space has started to improve both in London and selectively outside of the capital.

Improved consumer confidence has led to a marginal rise in retail footfall and improving retail sales. But disposable incomes still remain under pressure. Nevertheless, retailer administrations in H1 2013 were significantly lower than in H1 2012 and vacancy rates have started to fall.

However, demand across all sectors is still being driven by consolidation and lease expiries; occupiers are not yet prepared to bid up headline rental values. There are, though, indications of incentives tightening for prime offices in London and the strongest industrial locations in the UK.

Purchaser interest has started to take more risk for an additional yield premium. Increased competition for prime properties outside of London has led to prime yield falls in the South East and regional office markets. This has not been restricted to prime property, with yield falls reported since July for good secondary office and industrial property .

Challenging setting in Europe, but some positive signs - Q2 2013