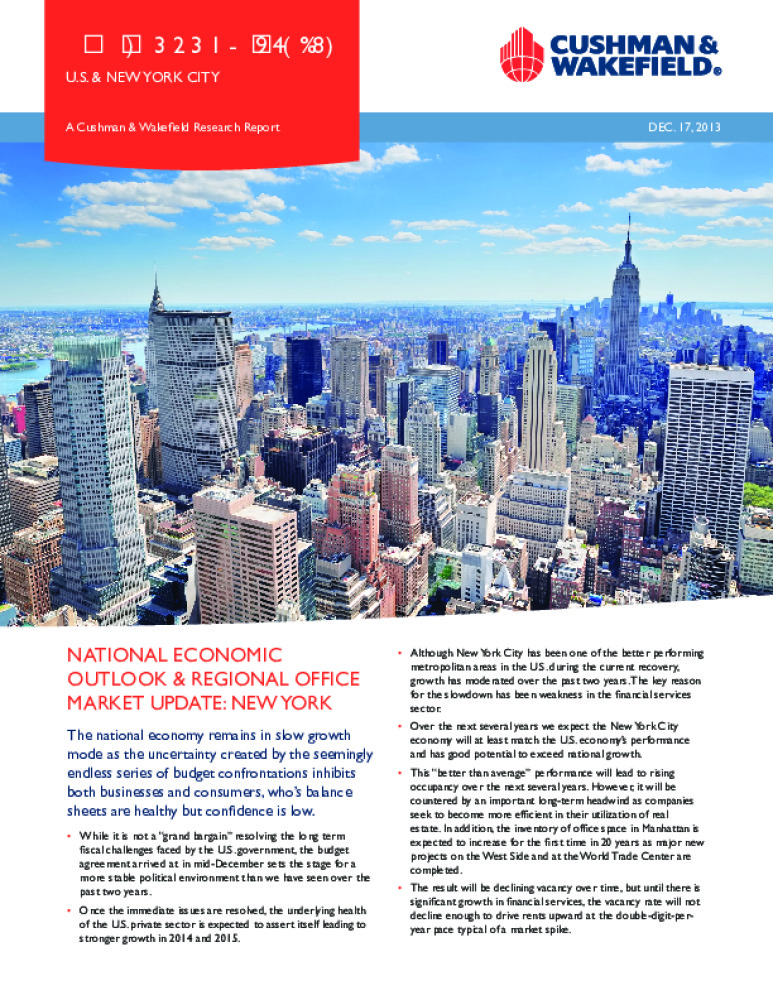 While it is not a “grand bargain” resolving the long term fiscal challenges faced by the U.S. government, the budget agreement arrived at in mid-December sets the stage for a more stable political environment than we have seen over the past two years.

Once the immediate issues are resolved, the underlying health of the U.S. private sector is expected to assert itself leading to stronger growth in 2014 and 2015.

Although New York City has been one of the better performing metropolitan areas in the U.S. during the current recovery, growth has moderated over the past two years. The key reason for the slowdown has been weakness in the financial services sector.

Over the next several years we expect the New York City economy will at least match the U.S. economy’s performance and has good potential to exceed national growth.

This “better than average” performance will lead to rising occupancy over the next several years. However, it will be countered by an important long-term headwind as companies seek to become more efficient in their utilization of real estate. In addition, the inventory of office space in Manhattan is expected to increase for the first time in 20 years as major new projects on the West Side and at the World Trade Center are completed.

The result will be declining vacancy over time, but until there is significant growth in financial services, the vacancy rate will not decline enough to drive rents upward at the double-digit-per-year pace typical of a market spike.