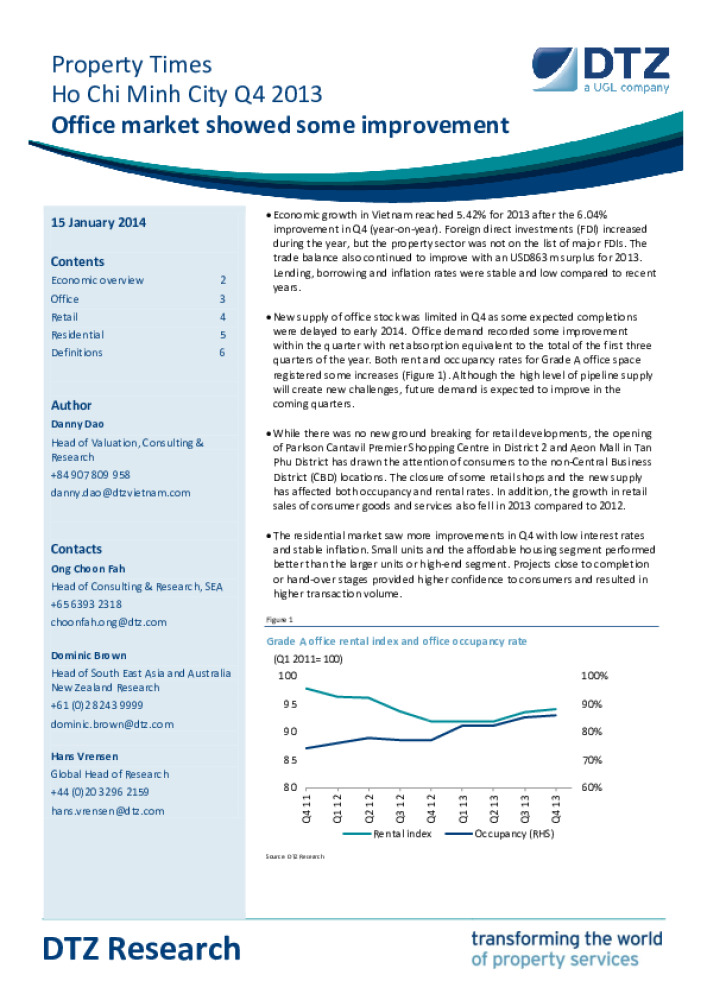 Economic growth in Vietnam reached 5.42% for 2013 after the 6.04% improvement in Q4 (year-on-year). Foreign direct investments (FDI) increased during the year, but the property sector was not on the list of major FDIs. The trade balance also continued to improve with an USD863m surplus for 2013. Lending, borrowing and inflation rates were stable and low compared to recent years.

New supply of office stock was limited in Q4 as some expected completions were delayed to early 2014. Office demand recorded some improvement within the quarter with net absorption equivalent to the total of the first three quarters of the year. Both rent and occupancy rates for Grade A office space registered some increases. Although the high level of pipeline supply will create new challenges, future demand is expected to improve in the coming quarters.

While there was no new ground breaking for retail developments, the opening of Parkson Cantavil Premier Shopping Centre in District 2 and Aeon Mall in Tan Phu District has drawn the attention of consumers to the non-Central Business District (CBD) locations. The closure of some retail shops and the new supply has affected both occupancy and rental rates. In addition, the growth in retail sales of consumer goods and services also fell in 2013 compared to 2012.