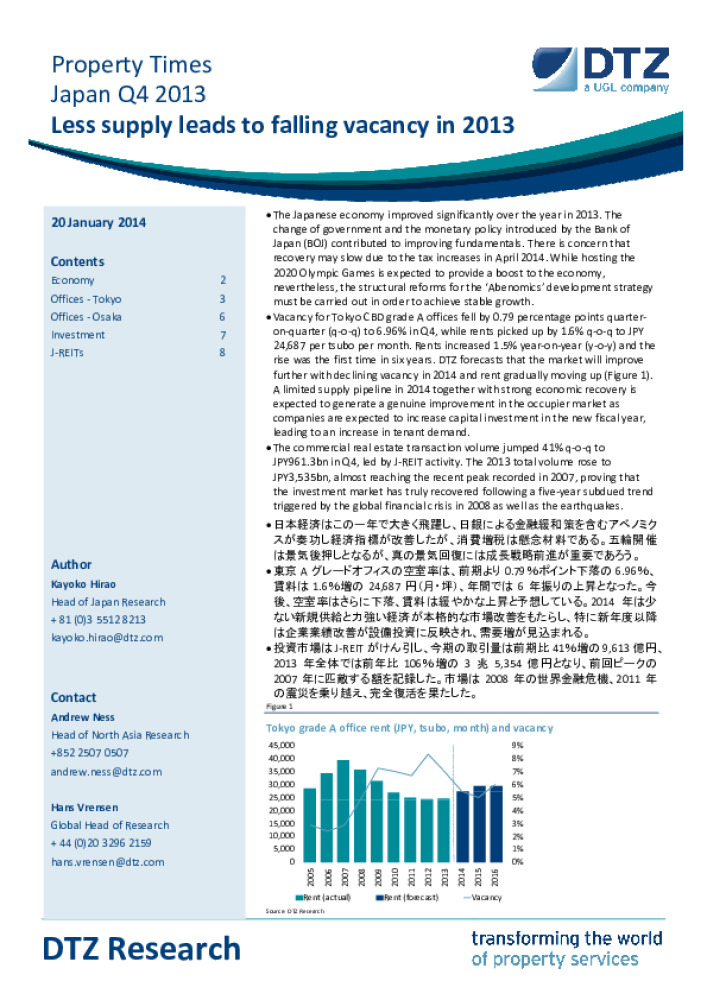 The Japanese economy improved significantly over the year in 2013. The change of government and the monetary policy introduced by the Bank of Japan (BOJ) contributed to improving fundamentals. There is concern that recovery may slow due to the tax increases in April 2014. While hosting the 2020 Olympic Games is expected to provide a boost to the economy, nevertheless, the structural reforms for the ‘Abenomics’ development strategy must be carried out in order to achieve stable growth.

Vacancy for Tokyo CBD grade A offices fell by 0.79 percentage points quarteron‐quarter (q‐o‐q) to 6.96% in Q4, while rents picked up by 1.6% q‐o‐q to JPY 24,687 per tsubo per month. Rents increased 1.5% year‐on‐year (y‐o‐y) and the rise was the first time in six years. DTZ forecasts that the market will improve further with declining vacancy in 2014 and rent gradually moving up. A limited supply pipeline in 2014 together with strong economic recovery is expected to generate a genuine improvement in the occupier market as companies are expected to increase capital investment in the new fiscal year, leading to an increase in tenant demand.

The commercial real estate transaction volume jumped 41% q‐o‐q to JPY961.3bn in Q4, led by J‐REIT activity. The 2013 total volume rose to JPY3,535bn, almost reaching the recent peak recorded in 2007, proving that the investment market has truly recovered following a five‐year subdued trend triggered by the global financial crisis in 2008 as well as the earthquakes. 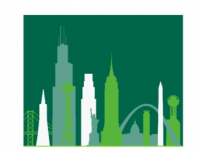