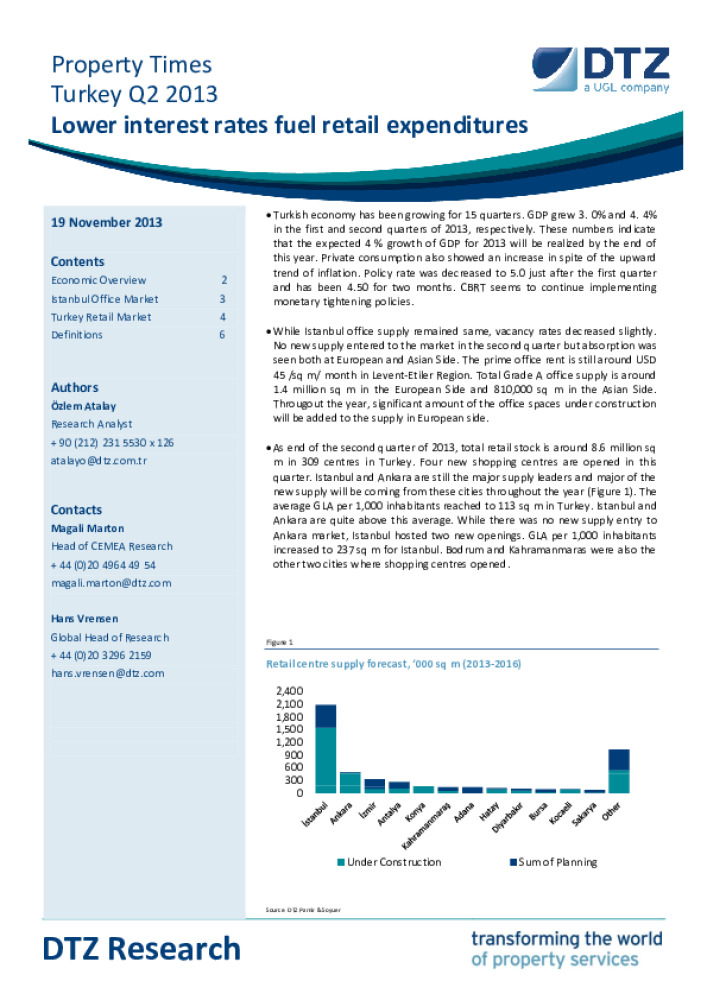 Turkish economy has been growing for 15 quarters. GDP grew 3. 0% and 4. 4% in the first and second quarters of 2013, respectively. These numbers indicate that the expected 4 % growth of GDP for 2013 will be realized by the end of this year. Private consumption also showed an increase in spite of the upward trend of inflation. Policy rate was decreased to 5.0 just after the first quarter and has been 4.50 for two months. CBRT seems to continue implementing monetary tightening policies.

While Istanbul office supply remained same, vacancy rates decreased slightly. No new supply entered to the market in the second quarter but absorption was seen both at European and Asian Side. The prime office rent is still around USD 45 /sq m/ month in Levent-Etiler Region. Total Grade A office supply is around 1.4 million sq m in the European Side and 810,000 sq m in the Asian Side. Througout the year, significant amount of the office spaces under construction will be added to the supply in European side.

As end of the second quarter of 2013, total retail stock is around 8.6 million sq m in 309 centres in Turkey. Four new shopping centres are opened in this quarter. Istanbul and Ankara are still the major supply leaders and major of the new supply will be coming from these cities throughout the year. The average GLA per 1,000 inhabitants reached to 113 sq m in Turkey. Istanbul and Ankara are quite above this average. While there was no new supply entry to Ankara market, Istanbul hosted two new openings. GLA per 1,000 inhabitants increased to 237 sq m for Istanbul. Bodrum and Kahramanmaras were also the other two cities where shopping centres opened. 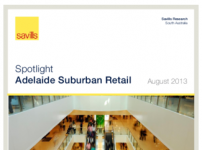