Data released towards the end of 2013 and during the first half of Q1 2014 point to a further acceleration in global growth. Global exports rose by 2% between the end of October 2013 and the end of January 2014, the largest rise in almost three years. Despite world trade growth still being considerably below the pre-GFC1 high water mark, a recovery is underway.

Against this more sanguine backdrop, emerging market economies are experiencing renewed difficulties. Federal Reserve tapering (even though clearly signalled in advance) and weakening Chinese economic activity have triggered significant capital outflows for a number of emerging market countries, particularly those with weak current account positions and/ or outsized exposure to Chinese commodity demand. 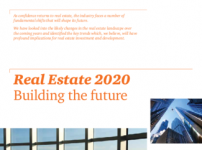