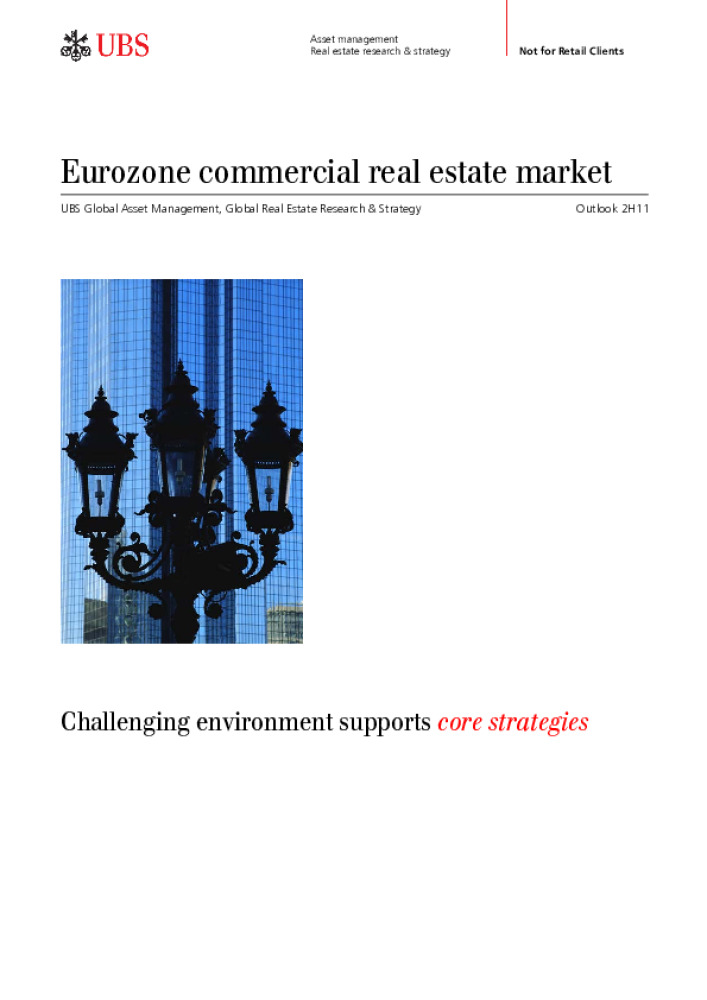 The eurozone sovereign debt crisis has been the dominant political and financial theme of the first half of 2011. Even after Greece’s second bail out by the eurozone member states in July, uncertainty still prevails and markets have not settled. So far, the sovereign debt crisis has not had a major impact on the economic recovery in export-led countries until now; however, we remain cautious on the mid-term outlook as a further restructuring of sovereign debt and – eventually – a “euro union” may limit future economic growth expectations, especially in the core countries.

The eurozone economy is expected to grow by 1.8% in 2011 and this is likely to slow significantly in 2012 (1.0%) but with still some positive employment growth also expected. However, the recovery varies by region: Finland, Germany and the Netherlands, which are competitive, export-led economies, are expected to enjoy a surge in GDP, but at a lower rate than the initial catch-up growth following the global economic recession in 2009. Countries with a higher debt burden, such as Ireland and some southern eurozone countries are expected to remain fragile with a slow economic recovery.