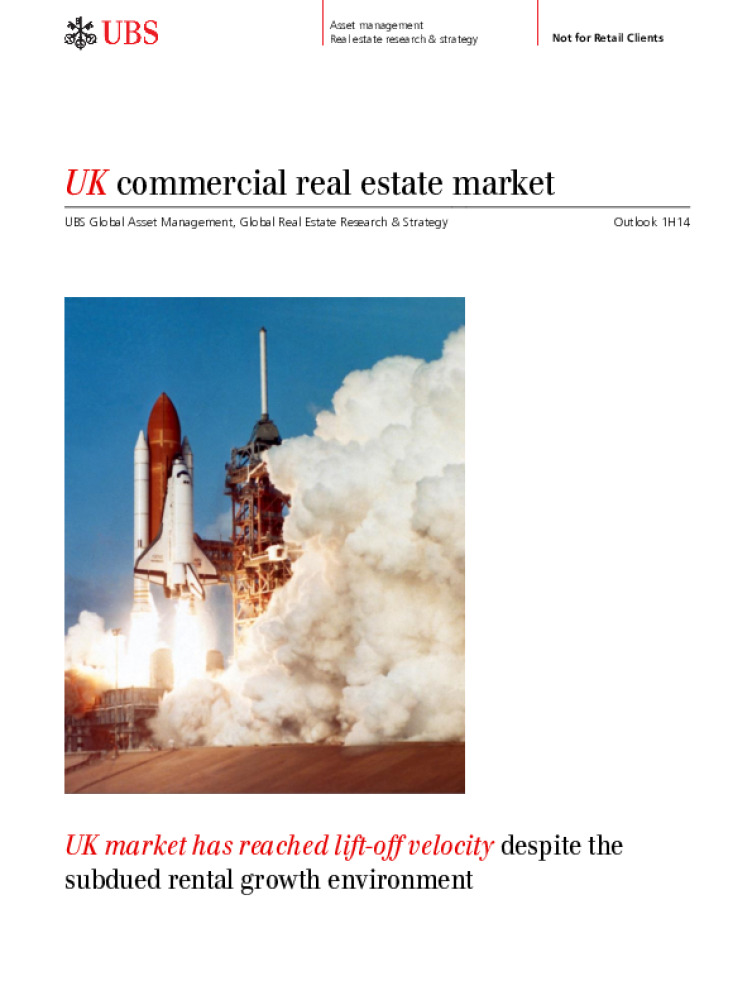 In the 2H13 market update, we suggested that there were early signs of the UK economy returning to more sustainable growth. During the second half of the year, the UK economy grew by a solid 0.8% in 3Q13 and remained robust in 4Q13, posting 0.7% GDP growth. This marked four successive quarters of growth, which is the longest period of continuous growth since the onset of the financial crisis. Despite a slight slowdown in growth during 4Q13, there was evidence of a broadening in the economic recovery, including growth in both business investment and exports. Recent business survey data suggests the recovery will maintain its momentum in 1Q14 and for the rest of the year. GDP growth for this year is expected to be 2.8% followed by 2.7% in 2015. This confirms that the UK economy is gaining traction and that the recovery is well on track.

However, we should not become too carried away as there are still a number of potential external risks that could dampen the UK recovery. Problems in the eurozone remain the greatest threat to UK GDP growth, with the eurozone entering a period of deflation the most likely scenario. This would translate – should it happen – into weaker growth and raise the burden of public and private debt in peripheral countries with a risk of debt rising as a proportion of GDP.

Swedish : non-domestic markets back on the radar