Almost €9.9bn was invested in German commercial property in the first quarter; an increase of 42% compared with the same quarter last year.

Office property accounted for almost half (42% or €4.2bn) of the overall investment volume. Retail property achieved the second highest transaction volume with some €2.5bn or 26%.

The highest growth compared with last year was registered by logistics/industrial property with a rise of more than 150% to approx. €1.3bn.

The transaction volume for commercial property portfolios doubled to €4.3bn. Among other purchasers, private equity investors, who invested a total of €1.5bn represented the purchaser group with the highest net investment volume.

The scarcity of core property is causing investors to increasingly shift their focus to other risk categories. Consequently, yields on B properties and/or B locations tightened markedly while prime rents remained largely stable.

Residential portfolios accounted for investments totalling approx. €4.9bn; three and a half times the amount invested in the same quarter last year. This surge in the transaction volume is primarily attributable to 3 major deals.

Transaction activity is increasingly shifting to regions outside of the metropolitan areas. The majority of residential units changed hands in Kiel and Bremen.

Over the entire year, we expect investment to reach at least €35bn in the commercial sector and significantly above €10bn in the residential sector. 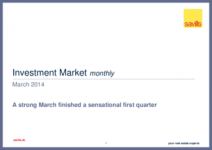 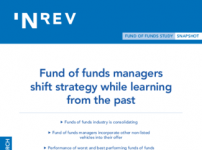