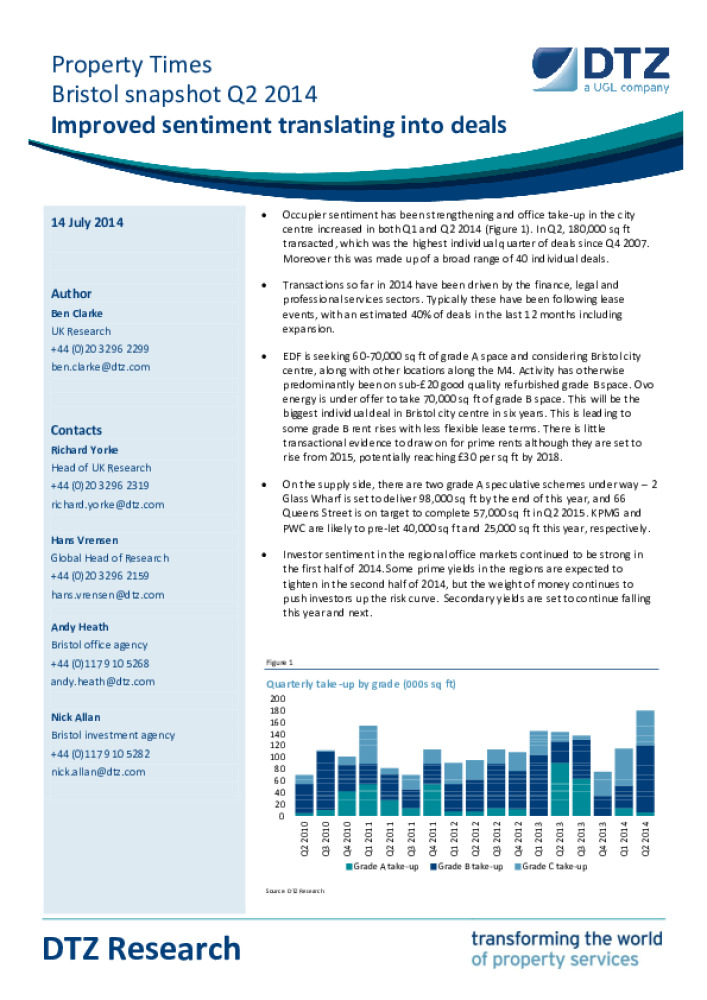 Occupier sentiment has been strengthening and office take-up in the city centre increased in both Q1 and Q2 2014. In Q2, 180,000 sq ft transacted, which was the highest individual quarter of deals since Q4 2007. Moreover this was made up of a broad range of 40 individual deals.

Transactions so far in 2014 have been driven by the finance, legal and professional services sectors. Typically these have been following lease events, with an estimated 40% of deals in the last 12 months including expansion.