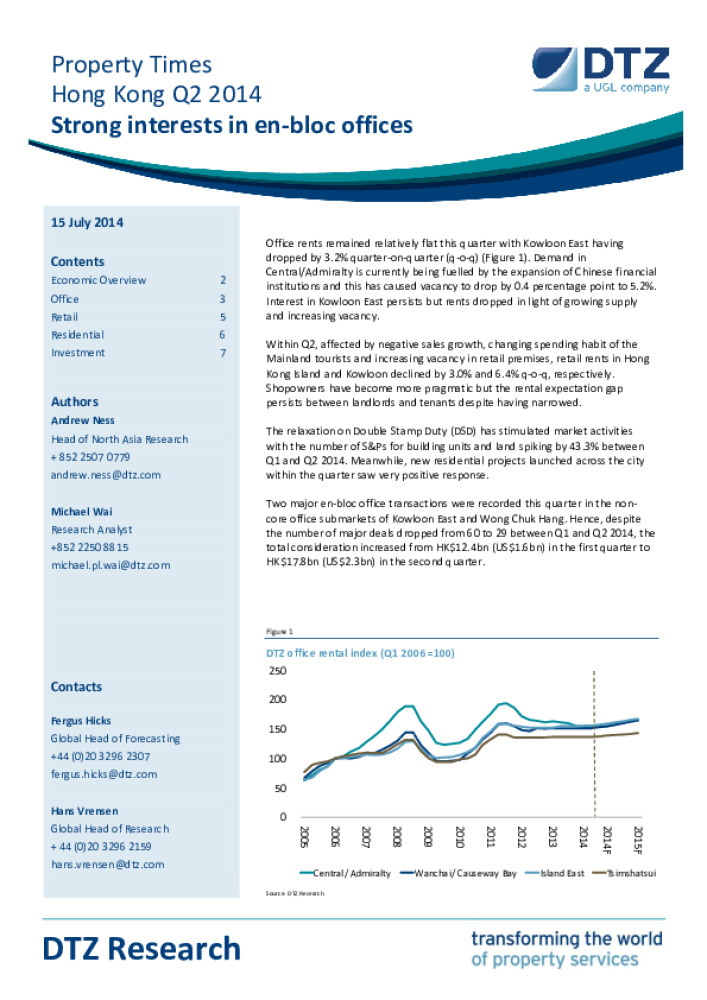 Office rents remained relatively flat this quarter with Kowloon East having dropped by 3.2% quarter-on-quarter (q-o-q). Demand in Central/Admiralty is currently being fuelled by the expansion of Chinese financial institutions and this has caused vacancy to drop by 0.4 percentage point to 5.2%. Interest in Kowloon East persists but rents dropped in light of growing supply and increasing vacancy.

Within Q2, affected by negative sales growth, changing spending habit of the Mainland tourists and increasing vacancy in retail premises, retail rents in Hong Kong Island and Kowloon declined by 3.0% and 6.4% q-o-q, respectively. Shopowners have become more pragmatic but the rental expectation gap persists between landlords and tenants despite having narrowed. 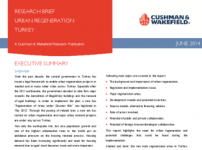