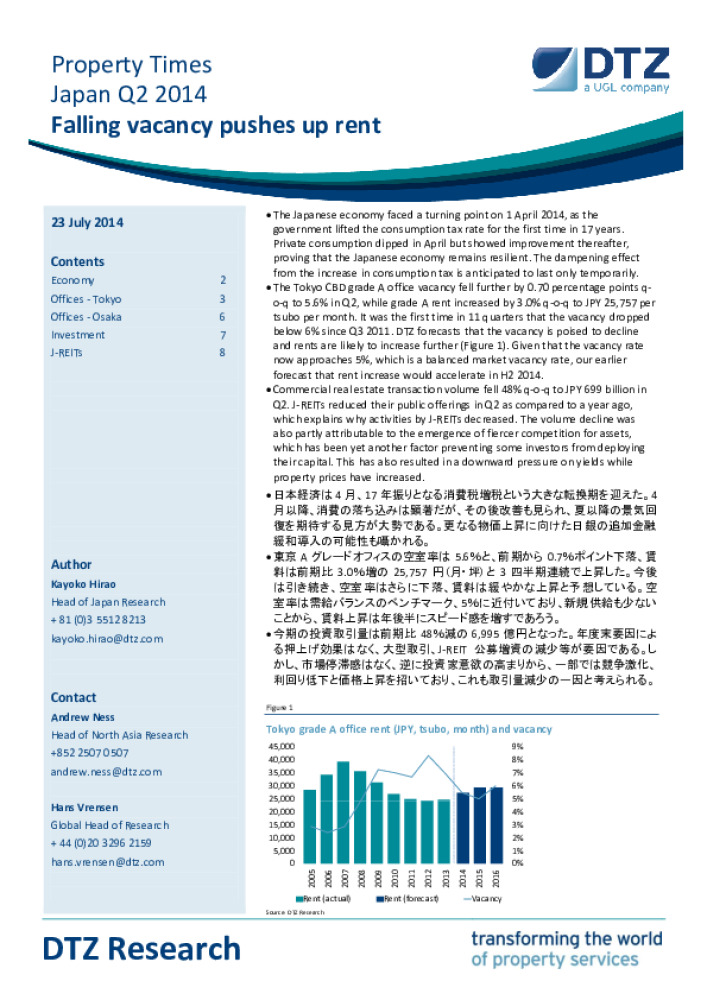 Commercial real estate transaction volume fell 48% q-o-q to JPY 699 billion in Q2. J-REITs reduced their public offerings in Q2 as compared to a year ago, which explains why activities by J-REITs decreased. The volume decline was also partly attributable to the emergence of fiercer competition for assets, which has been yet another factor preventing some investors from deploying their capital. This has also resulted in a pressure on yields while property prices have increased. 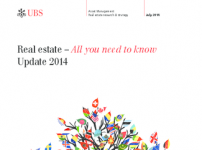 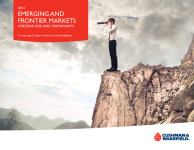