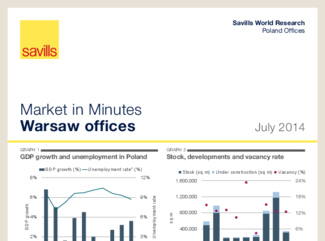 17 office buildings of 190,300 sq m were delivered to the market during the first half of the year.

Vacancy rate reached 13.4%, the highest rate recorded in the city in the last ten years.