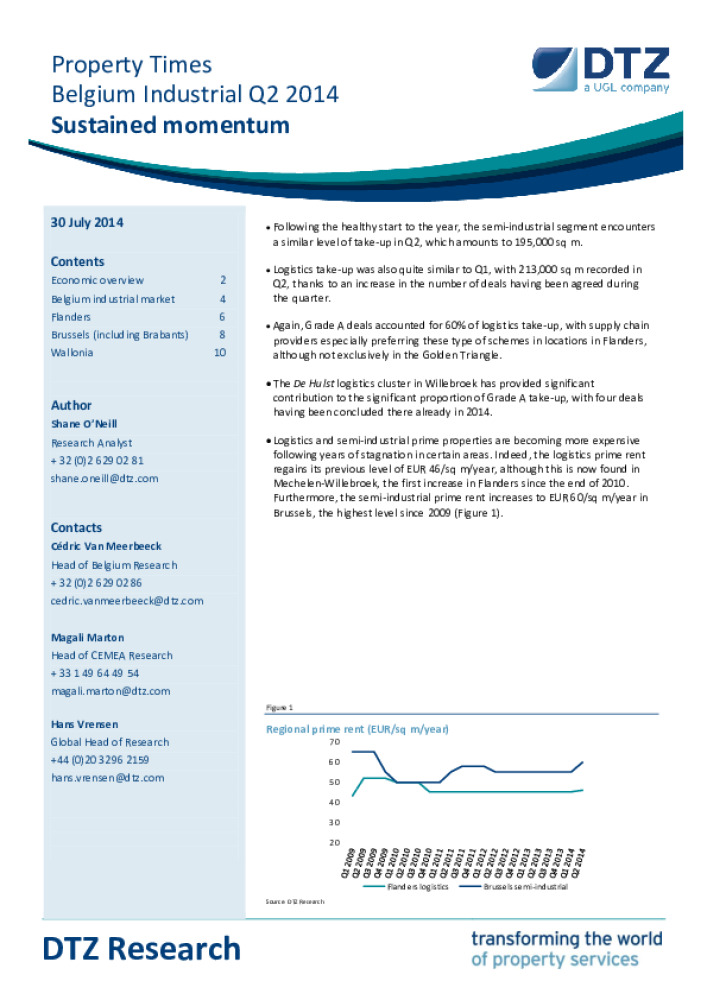 Following the healthy start to the year, the semi-industrial segment encounters a similar level of take-up in Q2, which amounts to 195,000 sq m.

Logistics take-up was also quite similar to Q1, with 213,000 sq m recorded in Q2, thanks to an increase in the number of deals having been agreed during the quarter.

Again, Grade A deals accounted for 60% of logistics take-up, with supply chain providers especially preferring these type of schemes in locations in Flanders, although not exclusively in the Golden Triangle.

The De Hulst logistics cluster in Willebroek has provided significant contribution to the significant proportion of Grade A take-up, with four deals having been concluded there already in 2014.

Logistics and semi-industrial prime properties are becoming more expensive following years of stagnation in certain areas. Indeed, the logistics prime rent regains its previous level of EUR 46/sq m/year, although this is now found in Mechelen-Willebroek, the first increase in Flanders since the end of 2010. Furthermore, the semi-industrial prime rent increases to EUR 60/sq m/year in Brussels, the highest level since 2009.