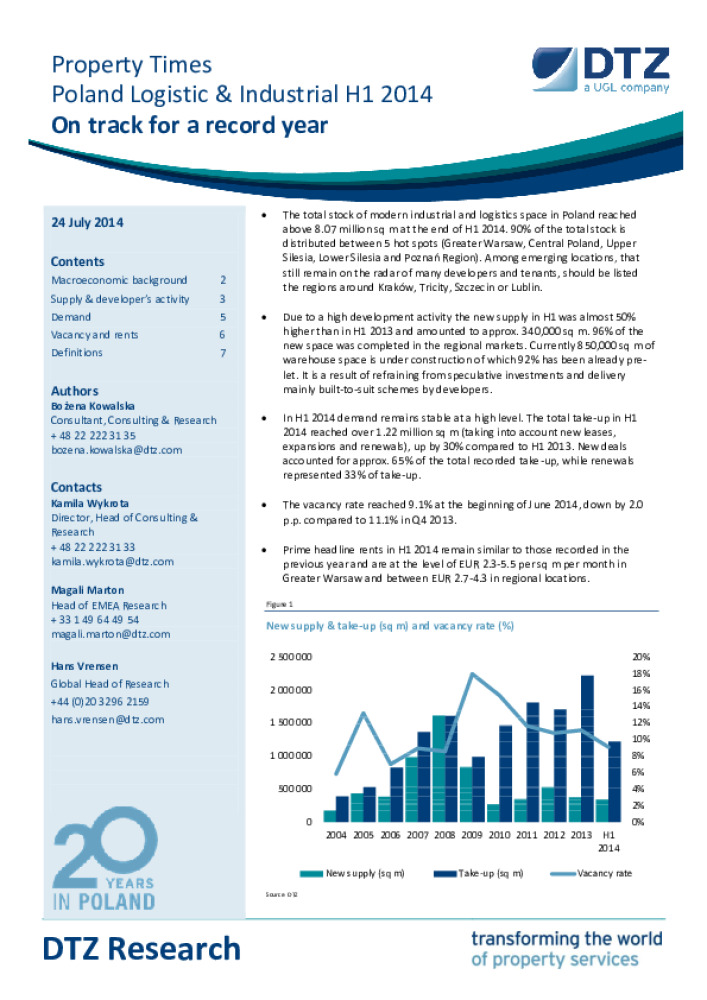 The total stock of modern industrial and logistics space in Poland reached above 8.07 million sq m at the end of H1 2014. 90% of the total stock is distributed between 5 hot spots (Greater Warsaw, Central Poland, Upper Silesia, Lower Silesia and Poznao Region). Among emerging locations, that still remain on the radar of many developers and tenants, should be listed the regions around Kraków, Tricity, Szczecin or Lublin.

Due to a high development activity the new supply in H1 was almost 50% higher than in H1 2013 and amounted to approx. 340,000 sq m. 96% of the new space was completed in the regional markets. Currently 850,000 sq m of warehouse space is under construction of which 92% has been already pre-let. It is a result of refraining from speculative investments and delivery mainly built-to-suit schemes by developers.

Prime headline rents in H1 2014 remain similar to those recorded in the previous year and are at the level of EUR 2.3-5.5 per sq m per month in Greater Warsaw and between EUR 2.7-4.3 in regional locations.