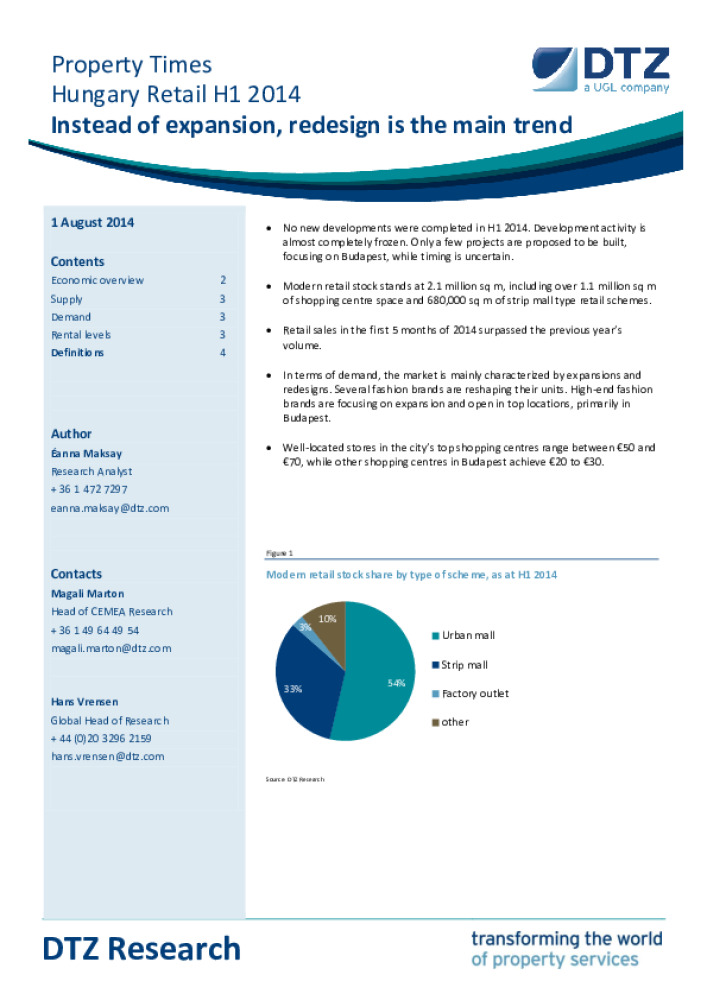 No new developments were completed in H1 2014. Development activity is almost completely frozen. Only a few projects are proposed to be built, focusing on Budapest, while timing is uncertain.

Retail sales in the first 5 months of 2014 surpassed the previous year’s volume.